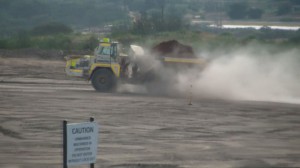 Anglo American has announced that it has entered into partnership with Autonomous Solutions, Inc. (ASI). The goal of the multi-year relationship is to deliver enhanced productivity, sustainability, and safety through mining vehicle automation systems for the company’s haulage operations. The joint effort is part of Anglo American’s FutureSmart™ initiative through which the company is partnering with third party technology groups like ASI to drive innovation within the mining industry.

“Anglo American is at the forefront of innovation in the mining industry and they have been the ideal partner in creating disruptive mining solutions,” said President and CEO of ASI, Mel Torrie. As Anglo American’s OEM-independent automation partner, ASI leverages more than fourteen years of experience developing robotic solutions for the mining, farming, automotive, industrial, and military industries. Development and testing of the autonomous mining systems have already commenced with active field trials with Anglo American and at ASI’s new 100 acre mining proving ground in northern Utah.