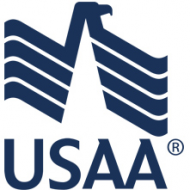 USAA has asked the Federal Aviation Administration for permission to research how unmanned aircraft systems could be used to help improve how quickly it settles insurance claims for its members during natural disasters.

Specifically, USAA is seeking FAA exemption from Section 333 of the FAA Moderation and Reform Act of 2012 to immediately begin testing small unmanned aircraft systems, using industry-accepted best practices and guidelines compiled during research conducted over the past four years.

“We’re constantly seeking ways to better serve our members, especially during catastrophes when getting into neighborhoods immediately after can be dangerous to human life, and applying new technologies is one way we can do that,” said Alan Krapf, president, USAA Property and Casualty Insurance Group. “USAA already leads a best-in-class claims experience in the insurance industry, and the application of this technology can make us even better.”

During the testing and research phase, the small, 5-pound, slow-speed aircraft from U.S.-based PrecisionHawk, a leading manufacturer in the unmanned aircraft systems industry, would fly during the day within line of sight of a trained pilot and air crew on the USAA campus and privately owned rural unpopulated land around San Antonio. Additionally, the pilot and crew will fly the device at no more than 400 feet above the ground and will communicate flights to the FAA before takeoff. Data received about structures would be similar to what is found in mapping technologies today.

“We believe this research can lead to safer, quicker and more economical claims service for our members and their communities,” said Kathleen Swain, USAA Property and Casualty Group staff underwriter and FAA-rated commercial pilot and flight instructor. “This research could lead to industry breakthroughs that help make an extremely difficult time for people a little easier.”

USAA’s past research included work with experts in the unmanned aircraft systems industry to learn more about best practices, safety, and privacy protocols and procedures. We also partnered with public entities and manufacturers to research and develop safe and efficient operation strategies.