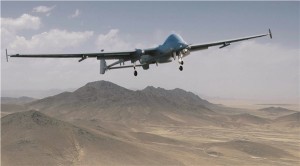 Australian Minister for Defence Senator David Johnston has announced the return of a Heron Remotely Piloted Aircraft (RPA) to Australia as part of a plan to ensure RAAF pilots maintain the skills to operate unmanned aerial systems until the introduction of the Triton.

“The Heron is a proven capability – providing ‘eyes in the sky’ for our troops in the Middle East,” Senator Johnston said.

“The retention the Heron following their withdrawal from Afghanistan later this year will ensure Australia remains at the forefront of this advancing technology. This is prudent planning for possible future defence scenarios.”

“The retention of two Heron aircraft will help create a robust development program to ensure RAAF is well prepared for the Government’s investment in the MQ-4C Triton,” Senator Johnston said.

The estimated cost of the Heron is $120 million over six years, including portable ground control stations initially based at Woomera, maintenance, logistics, training and renovations to facilities at RAAF Base Amberley. The contract extension with McDonald, Detwiler and Associates will be funded from within the existing Air Force budget, through a redistribution of tasks and priorities.

Senator Johnston said one Heron already operates at Woomera in restricted military airspace for training purposes, and a second will now return to Australia from the Middle East. The Heron’s operations will be expanded over time from Woomera to other Defence and civilian airfields, as required.

“The additional Heron aircraft will provide greater opportunities for training, and the development of robust tactics, techniques and procedures for operating complex UAS platforms, as well as the integration into Australian airspace,” Minister Johnston said.

Senator Johnston said that while Defence resources are primarily used for national security purposes, if the Heron was available it could be used at the request of state governments for civilian roles, such as assistance during natural disasters.

The Heron will continue to be flown by suitably qualified pilots under Defence’s robust Aviation Safety Management Program.