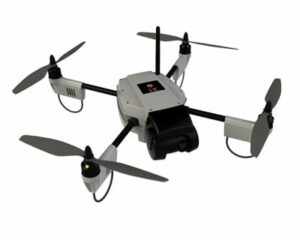 Boeing and Danish company Sky-Watch have signed an agreement that will enable Boeing to explore assisting the company in its development of a new type of unmanned aerial vehicle (UAV) under a project supported by the Danish National Advanced Technology Foundation.

The goal of the “Smart UAV” project is to develop a new generation of vertical take-off and landing (VTOL) UAVs that will combine the advantages of existing rotorcraft UAVs with those of fixed-wing aircraft for longer range and endurance. Sky-Watch and the Technical University of Denmark’s National Space Institute and Department of Environmental Engineering are collaborating on the project, and Boeing will explore ways to assist Sky-Watch in the effort.

Boeing and Sky-Watch signed the agreement at an event at UAS Denmark, the unmanned aerial systems industry group based at the Hans Christian Andersen Airport in Odense. Boeing joined the group in 2013 and learned about fellow member Sky-Watch through UAS Denmark.

“Today’s agreement is evidence that Danish companies like Sky-Watch are leading innovation that can attract the attention of global companies; that organizations like UAS Denmark are helping make valuable industry connections; and that a company like Boeing is well served by taking a diverse look at Danish industry in creating collaborations and technologies for the future,” said Susan Colegrove, Boeing’s director of International Strategic Partnerships for Europe.

To achieve the goals of the “Smart UAV” project, Sky-Watch will contribute expertise from development of its HUGINN X1 quad-rotor UAV and from Sky-Watch Labs, the company’s research and development department. Boeing will contribute expertise in VTOL and fixed-wing technologies from its research and development organizations, as well as from Insitu, a Boeing subsidiary that is an industry leader in unmanned aerial system solutions.

Such aircraft could be used for a wide range of missions, including environmental monitoring and geo-data research, in addition to maritime surveillance in Arctic regions. Boeing and Insitu have significant experience in both manned and unmanned maritime surveillance platforms to contribute to the project.

“The Smart UAV project is an important step forward in establishing Denmark as a leader in unmanned technology development, and we are excited to have Boeing join Sky-Watch in this effort,” said Michael Messerschmidt, Sky-Watch’s manager of Business Development. “Boeing’s experience in developing and implementing global unmanned systems will be an invaluable addition to the work Sky-Watch has started with the Technical University of Denmark.”