The U.S. Department of Transportation’s Federal Aviation Administration (FAA) has announced that the first of six test sites chosen to perform unmanned aircraft systems (UAS) research is operational more than two-and-a -half months ahead of the deadline specified for the program by Congress.

The FAA today granted the North Dakota Department of Commerce team a Certificate of Waiver or Authorization (COA) to begin using a Draganflyer X4ES small UAS at itsNorthern Plains Unmanned Aircraft Systems Test Site. The COA is effective for two years. The team plans to begin flight operations during the week of May 5.

“North Dakota has really taken the lead in supporting the growing unmanned aircraft industry,” said Transportation Secretary Anthony Foxx. “We look forward to the contributions they and the other test sites will make toward our efforts to ensure the safe and efficient integration of UAS into our nation’s skies.” 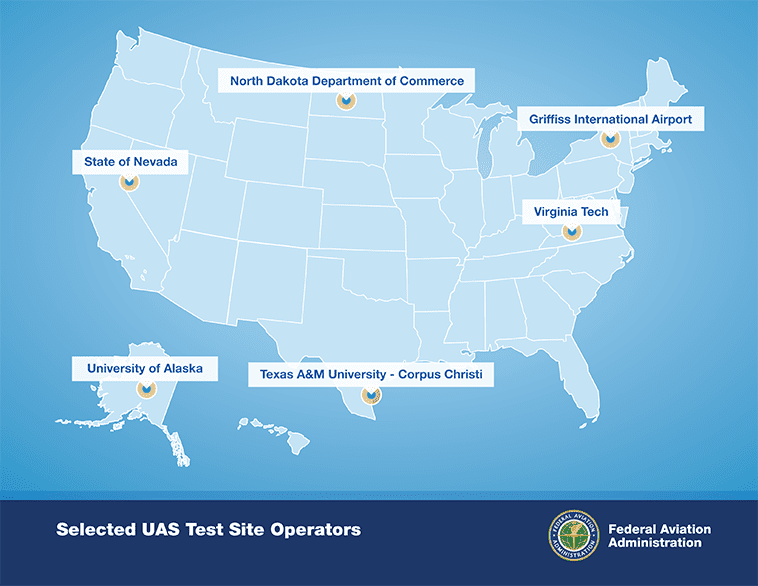 The main goal of this site’s initial operations is to show that UAS can check soil quality and the status of crops in support of North Dakota State University/Extension Service precision agriculture research studies. Precision agriculture is one of many industries that represent areas for significant economic opportunity and UAS-industry expansion.

“These data will lay the groundwork for reducing risks and ensuring continued safe operations of UAS,” said FAA Administrator Michael Huerta, who was in North Dakota today to announce the news. “We believe the test site programs will be extremely valuable to integrating unmanned aircraft and fostering America’s leadership in advancing this technology.”

The FAA selected six congressionally-mandated test sites on December 30, 2013.The FAA is working with the test sites to guide their research programs to help the FAA safely integrate UAS into the national airspace over the next several years.