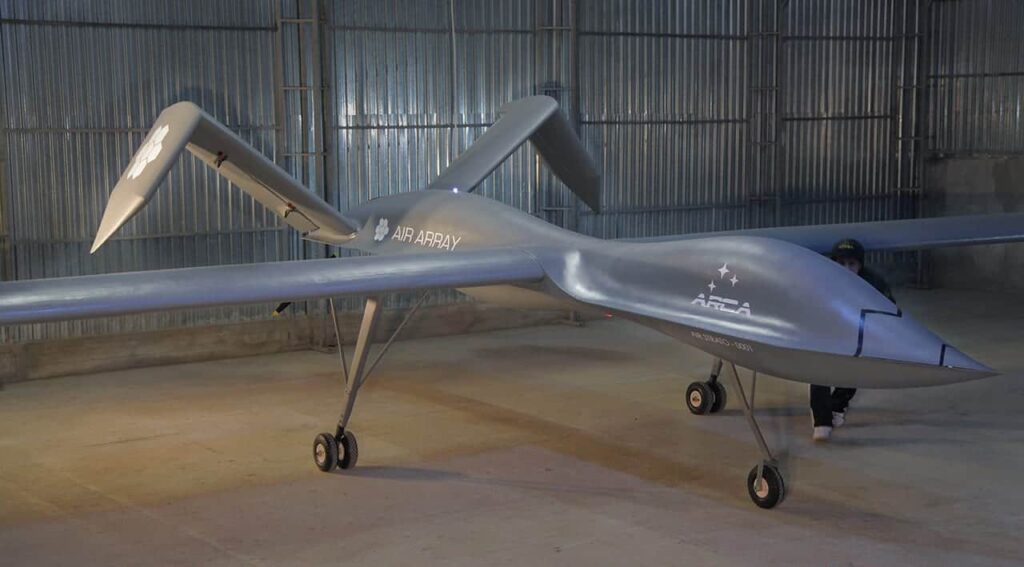 ARCA, a Romanian developer of space vehicles, has announced that it is developing a high performance Unmanned Aerial Vehicle (UAV). The aircraft is named Air Strato and is part of a larger UAV family that will carry out various missions for ARCA and their partners.

The first prototype is completed and is already in testing. It is the largest variant with a wingspan of 16m (52 ft), intended for stratospheric flights up to an altitude of 18 km. The aircraft is electrically powered and has autonomy of 7 hours on internal batteries and 3 days using solar panels. It can carry a payload of 30 kg consisting of aerial photography and surveillance equipment, scientific instruments or other payloads for various tasks including additional battery pods for extended autonomy.

The second prototype is already under construction and it will have retractable landing gear and improved avionics.

The other versions of Air Strato have a smaller wingspan and lower flight ceiling but higher maximum speed and larger payloads.

“Our activity requires that we perform stratospheric missions for our partners and clients, and solar and helium balloons we used until now, although capable of lifting heavier payloads to higher altitudes, are more expensive and time consuming in construction, are dependent on calm weather conditions and require aerial safety zones to be established” said Dumitru Popescu, ARCA’s CEO. “Air Strato can fill their roles much cheaper and reliable for an extended period of time and perform additional tasks for clients such as surveillance over a fixed area, telemetry testing and scientific experiments for extended period of time or other missions. It will make our entire aerospace activity much easier and less expensive.”

If tests are successful ARCA is considering developing commercial versions of Air Strato and other UAV in the family.