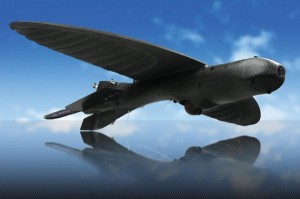 The Army recently purchased 36 Maveric unmanned aerial systems as a result of an urgent request from Soldiers in theater.

The request was made to the Rapid Equipping Force at Fort Belvoir, Va., in March and Soldiers will receive them by December.

The 36 Maverics, which are not in the Army’s current UAS inventory, cost $4.5 million and are made by Prioria Robotics Inc., a technology firm in Gainesville, Fla.

The Maveric is classified in the micro-UAS category because it is smaller than the Army’s smallest UASs, the Raven and Puma, according to Tami Johnson, project manager, REF.

Maveric will support Soldiers at the squad level, she added, while Raven and Puma are company-level tactical assets.

Another difference, she pointed out, is Maveric’s wings are flexible and enable the system to naturally blend into the environment.

“Puma and Raven are both dependable systems,” she said. “However, this requirement called for a small, subtle capability that could be employed by a single Soldier. Maveric meets this unique requirement.”

Johnson said Maveric can be flown for 60 minutes before it needs to be refueled. It also contains sensors for day, night or obscured hazy environmental reconnaissance work. The Maveric cruises at 26 knots and dashes up to 55 knots, but more importantly can fly in sustained winds of 20 knots and up to 30-knot gusts.

At this time, the REF has no plans to purchase more Maverics, but that could change pending Soldier feedback or additional requirements from theater, Johnson said. She added the REF will continue to work closely with the program manager for Army UAS, informing them of any Soldier assessments or requirements as they come in.

“We anticipate that the systems will be equipped in late 2013 and we are eagerly awaiting Soldier feedback on performance,” she said.

Maveric did undergo testing earlier this year at Yuma Test Center in Arizona by the Army Testing and Evaluation Command, which published a Safety Release for Soldier Training, Safety Confirmation and Capabilities and Limitation report.

“As the REF procures emerging capabilities to meet urgent Soldier requirements, we are often inserting technologies for the first time and assessing operational performance.

“Maveric UAS is a good news story for the REF. It demonstrates our ability to validate a unique requirement, canvass emerging commercial-off-the-shelf and government-off-the-shelf technologies, and partner with other Army organizations to quickly place capabilities into the hands of Soldiers.”