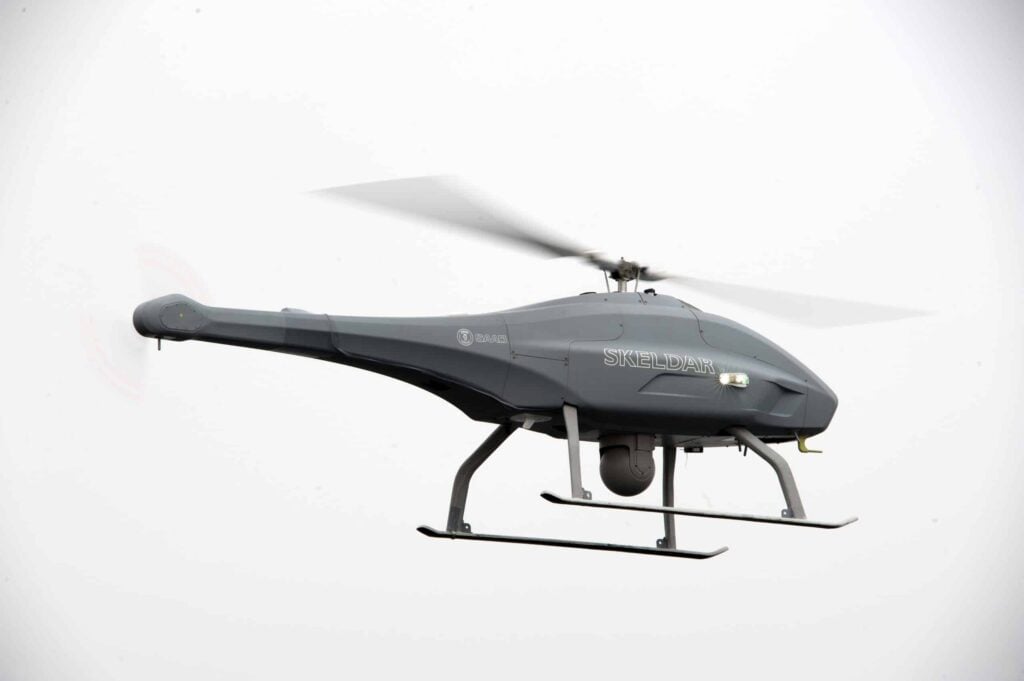 “The Skeldar UAS is operated together with a manned helicopter to enhance the vessel’s surveillance capabilities during its mission to fight piracy as part of the EU Atalanta operation in the Gulf of Aden.”

Prior to the Atalanta deployment successful integration trials were conducted on-board the BAM Relámpago in the waters outside the Canary Islands.

“Since signing the first contact we are seeing an increasing interest for Skeldar where more and more potential customers are discovering Skeldar’s unique strengths and features, including air worthiness, heavy fuel engine, high performance and operational capability,” concludes Mikael Franzén.

Skeldar is a rotary wing, short to medium range UAV that can be controlled from a tailored control station. It can be equipped with a wide range of payloads, including surveillance, reconnaissance, target acquisition and 3D mapping. The system can be used for both civil and military purposes.

Saab serves the global market with world-leading products, services and solutions ranging from military defence to civil security. Saab has operations and employees on all continents and constantly develops, adopts and improves new technology to meet customers’ changing needs.