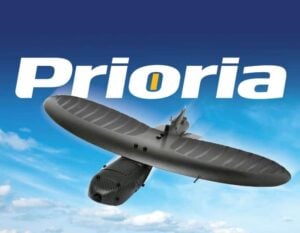 The U.S. Army has shifted its focus to smaller, more rapidly deployable units with the proper equipment to support their missions. Maveric UAS® is a single-person operable and portable aircraft, usable in the most rugged conditions and equipped with the largest number of payload options of any hand-launched UAS, including day, night, Short Wave Infrared, and other custom payloads utilizing Prioria’s modular payload system. Maveric UAS® provides next generation capability at a great value with a low cost of ownership.

“It is our goal to support the warfighter. Having ATEC certifications means that we have a safe and reliable system,” said Bryan da Frota, Chief Executive Officer of Prioria Robotics, Inc. “We believe as the mission changes and evolves, Maveric UAS® will become an instrumental component to meeting these missions.”