CyPhy Works, a leading developer of advanced Unmanned Aerial Vehicles (UAVs), today announced the close of a $7 million financing round led by Lux Capital, with participation from General Catalyst Partners, Felicis Ventures and several undisclosed prominent angel investors. As part of the financing, Lux Capital Partner Bilal Zuberi will join the CyPhy Works board of directors.

CyPhy Works has developed a world-class technology platform of easy-to-operate flying robots for applications in the military, civil and commercial sectors. The company has so far announced two products on its platform: EASE (indoor hovering robot) and PARC (outdoor multicopter platform). As part of this funding round, CyPhy Works will expand its development and deployment of UAVs in surveying and situational awareness for commercial sectors such as agriculture, mining, construction, oil & gas, insurance, infrastructure, and others.

CyPhy Works is led by its founder and CEO Helen Greiner, who was also the co-founder, President and Chairman of iconic robotics innovator iRobot®. Since its founding in 1990, iRobot has become the global leader in mobile robots with the success of the Roomba® Vacuuming Robot and the PackBot® and SUGV Military Robots. 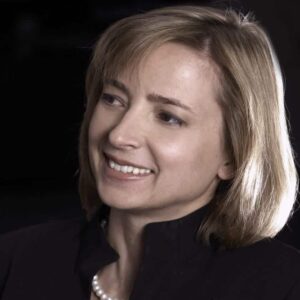 “The opportunity to bring flying robots (i.e. UAVs) to commercial sectors for imaging, surveying, mapping, monitoring and other applications is truly exciting,” said Helen Greiner, CEO of CyPhy Works. “We are building a reliable and robust platform that is differentiated from hobbyist class UAVs, and is specifically designed for field operations in rough real-world conditions. CyPhy platforms will provide reliable “persistent”, 24/7 remote imaging data previously unavailable to agronomists, surveyors, mine operators, insurance companies, and security agencies.”

“Helen is one of the most amazing technical founders of our generation,” said Bilal Zuberi, Partner at Lux Capital. “She previously built the most dynamic and successful robotics company in the world, iRobot, and Lux Capital is proud to partner with her. CyPhy Works is a pioneer in the world of UAVs, and their flying robots bring 21st century technologies such as distributed sensors, imaging, and big data analytics to some of the biggest industries in the world.”

The UAV industry in the U.S., and around the world, is seeing rapid growth and CyPhy Works has a leading position and the best-of-class technology platform to benefit from it. AUVSI predicts the market for UAV uses to be in the tens of billions of dollars within this decade, generating hundreds of thousands of jobs in the U.S. alone.

CyPhy Works offers proprietary commercial grade ‘no-pilot’ hardware systems, autopilot and control software, un-interrupted high-def and infrared imaging, laser measurement sensors, and data management solutions. In addition to the traditional benefits of UAVs, the company also has developed a proprietary microfilament technology that can be used for persistent operation in the field for hours/days/weeks without needing frequent battery swaps, and for real-time secure data transfer to the ground station. CyPhy Works’ UAV platform also allows for additional sensors to be easily mounted for application specific uses.

The CyPhy Works team has a strong pedigree in robotics, UAVs, artificial intelligence, manufacturing, and in providing worldwide sales, service and support model for its customers. The company also provides its customers with access to decades long experience in management and compliance with federal/state regulations regarding communications, safety and privacy.