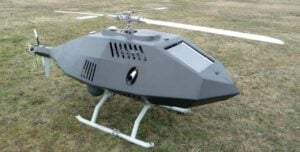 CybAero has received an order from Cassidian, a subsidary of EADS, to supply subsystems for use on the Tanan 300 VTOL UAV. The order is in addition to an initial order for subsystems placed in May 2013.

CybAero has previously been involved in the development of prototypes, integration of the powertrain, and delivery of specific subsystems for Tanan 300. The latest order is smaller in scope, but central to the continuation of the project. Delivery of the susbsystems is expected by the end of this year.

CybAero’s CEO, Mikael Hult commented (translated from original quote): “As Cassidian continues to invest in the Tanan 300, CybAero, as a strategic partner, is a major part of the development effort. We are eager to work with multiple partners, and Cassidian are one of our largest. We are proud to be a key development partner”.