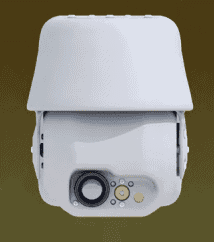 The Mantis™ i23 gimbaled sensor payload

AeroVironment, Inc. today announced it has received an order from the U.S. Army for the company’s Mantis™ i23 gimbaled sensor payloads to continue upgrading the Army’s fleet of RQ-11B Raven unmanned aircraft systems (UAS). AeroVironment, which develops and produces advanced upgrades for its highly integrated UAS, such as Raven, was selected as the result of a competitive bid.

The multi-axis pan, tilt and zoom sensor payload enhances the capability of RQ-11B Raven UAS operated by the U.S. Army. U.S. government fiscal 2013 appropriations provided funding for the $19,984,999 order under an indefinite delivery/indefinite quantity (ID/IQ) contract awarded in December 2012, and delivery is scheduled within 12 months.

“Since delivering the first Raven system to the Army nearly ten years ago, we have remained relentlessly focused on ensuring that our customers have the most capable, reliable and effective tactical UAS available,” said Roy Minson, AeroVironment senior vice president and general manager of the company’s UAS business segment. “The Army’s Raven system, with AeroVironment’s rugged gimbaled sensor payload and the recent digital data link upgrade of its entire fleet, is a modern tool for gaining superiority on the battlefield.”

The U.S. Department of Defense reports there are currently more than 5,000 Raven air vehicles in the field, making it the most prolific unmanned aircraft system in its fleet. Raven systems have helped save countless lives in high-risk operating environments, and they continue to help protect U.S. troops and a growing number of allied military forces.