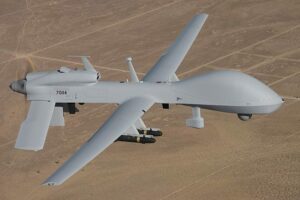 The three-year award is a task order from the Reliability Information Analysis Center and supports the Army’s Project Manager, Unmanned Aircraft Systems and Project Manager, Fixed Wing, both based in Huntsville, Ala.

Wyle will provide the Army project offices at Redstone Arsenal with engineering, analysis and testing programs to identify approaches for reliability and supportability improvements. This research and development work will include aircraft associated support and production systems as well as vulnerability studies leading to increased equipment reliability and a reduction in support costs.

These fielded unmanned aircraft systems and the manufacturing equipment used to support them are aging faster than originally expected because of high use in the Afghanistan and Iraq war zones. Reliability, maintainability, quality, supportability and interoperability issues have become more apparent because of the high use.

Wyle will support the development of reliability improvement processes and successful implementation of these processes to enhance readiness while reducing life-cycle costs for the two programs. Wyle will use reliability, maintainability, quality, supportability and interoperability best practices.

Wyle, a privately held company, is a leading provider of high tech aerospace engineering and information technology services to the federal government on long-term outsourcing contracts. The company also provides test and evaluation of aircraft, weapon systems, networks and other government assets and other engineering services to the aerospace, defense and nuclear power industries.