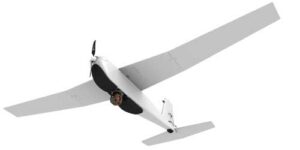 AeroVironment is working with Alta Devices, a Sunnyvale, Calif. company that provides flexible, portable power that can be embedded into any other material, in the development of the solar Puma AE.

“Our integration of this cutting-edge technology dramatically increases Puma’s current flight endurance using a clean, renewable power source,” Minson added, “this development can give Puma AE customers significantly increased capabilities that approach those of the next class of UAS at a much lower acquisition and operating cost, and with much greater operational flexibility.” AeroVironment’s new long endurance battery extends Puma AE’s non-solar endurance to more than three hours. This means small UAS could be used for longer missions over greater distances than previously possible.

Minson added that past solar solutions for powering small UAS were either too heavy or did not produce enough power for long-range flight – or both. “However,” he said, “the solar Puma AE technology can produce enough power, while adding negligible weight, so that endurance is no longer an issue for most customer missions.”

Using a proprietary and highly differentiated technology, Alta Devices manufactures the world’s thinnest and highest efficiency solar cells using Gallium Arsenide. This technology significantly extends the battery life of any application, in many cases eliminating the need to recharge from the grid because it converts more light into electricity. Solar material like that used in the development of the solar Puma AE incorporates a thin, mobile power technology on a flexible substrate that has been independently certified by the National Renewable Energy Laboratory (NREL) as world-records for both single (28.8%) and dual (30.8%) junction solar cells.

Puma AE is a flexible, efficient and rugged hand-launched workhorse for intelligence, surveillance and reconnaissance (ISR). This solar-power enhancement makes it even more indispensible for U.S. and allied military, as well as for domestic public safety applications, such as firefighting, law enforcement, search and rescue, oil and gas field monitoring, and other commercial needs.

The solar Puma AE configuration currently is in the research and development phase. A production version is planned for early 2014.

The 13-pound Puma AE is fully waterproof, man-portable and can be assembled in minutes, hand-launched, operated and recovered on sea or land by a team of two people. It requires no infrastructure, such as runways, launching pads or recovery devices. In addition, the system is quiet and operates autonomously, providing persistent observation data.

Last month, AeroVironment received a “Restricted Category” rating for its Puma AE small UAS from the Federal Aviation Administration. The first-of-its-kind certificate permits operators to fly Puma AE for commercial missions in regions of the Arctic.