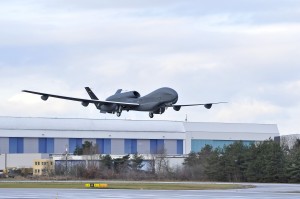 “EuroHawk GmbH, Northrop Grumman and EADS remain fully committed to the Euro Hawk program of record, and the critical capabilities the system will provide the German armed forces and its allies.

“The full Euro Hawk system, including the mission control system and the sensor, has performed flawlessly and safely throughout the entire flight test program.

“Media reports that indicate there are challenges with the aircraft’s flight control system, as well as excessive costs associated with completing airworthiness certification, are inaccurate.

“EuroHawk GmbH will continue to work with the customer to address any concerns they may have with the system; and the team will provide an affordable and achievable plan to complete flight testing of the initial asset and the eventual production and fielding of the full system of four additional aircraft.”