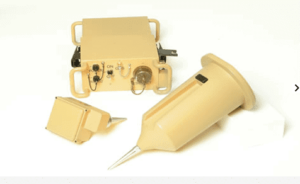 Winners of the 2013 GSN Border Security Awards were announced on Monday, March 11, prior to the start of the 7th Annual Border Security Expo in Phoenix. Entries were reviewed by a panel of independent judges led by Chuck Brooks, first director of legislative affairs for the Science and Technology Directorate of the Department of Homeland Security and a defense and foreign policy advisor to the late Senator Arlen Specter.

“The MicroObserver UGS system is a proven border security solution, and we’re honored to have its capabilities acknowledged with this award,” said Textron Defense Systems Vice President, Advanced Weapons & Sensors, Henry Finneral. “In addition to delivering cost-effective actionable intelligence, MicroObserver is easy for the user to operate, maintain and upgrade, making it one of the most effective tools available for land border protection.”

MicroObserver utilizes advanced tracking and seismic detection technology to reduce false alarms over other UGS. MicroObserver detects, classifies, tracks and displays actionable intelligence, showing the position, direction and speed of threats (both personnel and vehicles). This makes it easier to determine the location of items of interest and intercept them. MicroObserver can be used as a standalone solution or as part of an integrated solution to provide critical coverage in radar or camera blind spots.