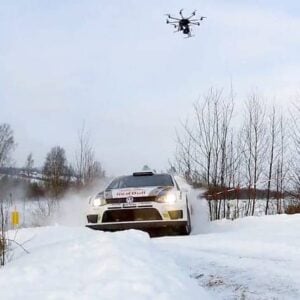 Following their recent work filming the Monte Carlo Rally with a multirotor drone, FS Aviation has released a new video providing insight into their activities at Rally Sweden, which took place from 7-10 February 2013 in Karlstad, Sweden.

FS Aviation were once again able to capture dynamic imagery in tricky conditions using their eight-rotor octocopter, with ambient temperatures during the 22 stage, 339 kilometer event dipping as low as minus 25 degrees centigrade.

The video can be viewed below: