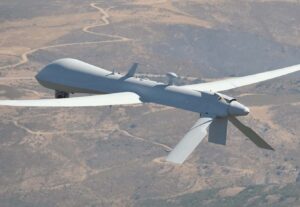 General Atomics Aeronautical Systems, Inc. (GA‑ASI), a leading manufacturer of Remotely Piloted Aircraft (RPA), tactical reconnaissance radars, and electro-optic surveillance systems, today announced the procurement of its first Predator® XP RPA system by the United Arab Emirates (UAE). Predator XP is an updated version of the company’s flagship Predator RPA that has been licensed by the U.S. Government for sale to a broader customer base, including countries in the Middle East and North Africa.

“Two years ago we made a commitment to help the UAE strengthen its national security and protect critical infrastructure, and today we are pleased to share the news that this allied nation will soon be realizing the benefits of Predator XP’s long-endurance and wide-area surveillance capabilities,” said J. Neal Blue, chairman and CEO, GA-ASI.

The UAE Air Force & Air Defence has completed contract negotiations with International Golden Group (IGG), a leading supplier of integrated defense systems in the Middle East and GA-ASI’s partner, to procure Predator XP to meet the surveillance needs of the UAE Government.

Following the expected near-term completion of negotiations between IGG and GA-ASI, and between GA-ASI and the Abu Dhabi-based Tawazun Economic Council to establish a Joint Venture (JV) for long-term service and support of Predator XP in the UAE, the procurement will be complete.