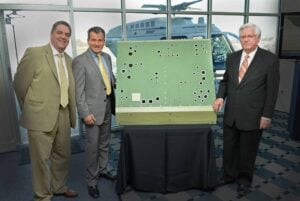 Without the cage, electrical components inside the helicopter would be susceptible to lightning damage and other possible electromagnetic interference (EMI) on board.

Summit Aviation, a Greenwich AeroGroup company, was selected last year to manufacture the protective enclosure known as a Faraday cage.

“The Summit team is proud to be a member of the Northrop Grumman Fire Scout team and supply the Faraday cage structure for the Fire Scout program. This partnership between our organizations resulted in the structure being completed in five months,” said Ralph Kunz, general manager for Summit Aviation. 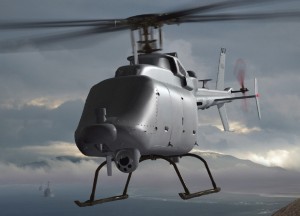 Once completed, the Faraday cages will be shipped to Northrop Grumman’s Unmanned Systems Center in Moss Point, Miss., where electronics will be incorporated and tested prior to installation on the MQ-8C airframe.

The larger MQ-8C Endurance Upgrade Fire Scout will provide the Navy with increased range by more than one-third, more than double the endurance and increased payload capacity in comparison to the current MQ-8B variant capability.

Fire Scout, MQ-8B, is currently deployed on Navy frigates and in Afghanistan providing intelligence, surveillance and reconnaissance to maritime and ground commanders.