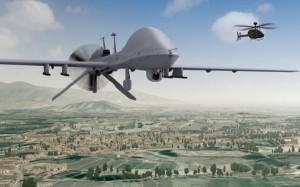 The TCDL, which is used to send secure data and streaming video from reconnaissance airborne platforms to ground stations, transmits radar, imagery, video, and other sensor information.