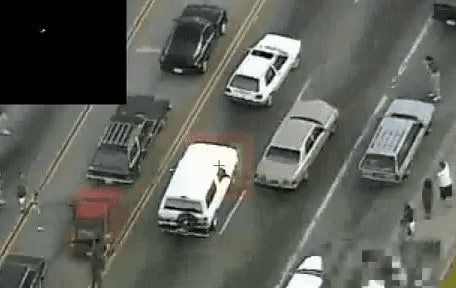 CAVE tracks a vehicle from a UAV

Charles River Analytics, a developer of intelligent systems solutions, announces Compact Aerial Video Exploitation (CAVE), a follow on contract for the Office of Naval Research (ONR). CAVE is an integrated hardware/software system designed to process high-resolution video data at full video-rate onboard a small unmanned aerial vehicle (UAV). Charles River will be joined in this effort by Singular Computing, who will provide technology to co-develop an image tracker that operates almost two orders of magnitude faster and consumes less than 2% of the power of a traditional solution based on a general-purpose central processing unit (CPU). Results can yield a ~6400x improvement in speed and power overall, which can be game-changing where small UAVs – operating under significant size, weight, and power (SWaP) constraints – are used to collect aerial imagery for military intelligence, surveillance, and reconnaissance (ISR).

Mr. Ross Eaton, Senior Scientist at Charles River explained, “Consider a situation in which a small unit commander believes there may be armed hostiles over a hill. Instead of sending his troops over to investigate, he could send a small UAV to collect imagery and keep his troops out of harm’s way. Unfortunately, small UAVs collect poor quality images due to motion blur and poor image tracking, putting significant workload on the operator to understand what he’s seeing in a timely fashion. By the time he’s deciphered the blurry pixels, a truck full of armed hostiles are already approaching with their weapons ready.”

Mr. Eaton continued, “This is where CAVE’s technology can help. A CAVE-equipped UAV can fly over to the hill, examine the area, and locate moving objects. It can quickly send the commander high-resolution images of the specific regions that may require further assessment. Rather than receiving blurry images too late to be of value, the commander receives crystal clear images of a truck with four men carrying AK47s. Now the commander has a true competitive advantage in quickly dealing with a dangerous situation.”

In the video below, CAVE tracks a vehicle. CAVE maintains the track through significant changes in vehicle appearance due to orientation, lighting, and scale changes.