DHS to Begin Testing of Drones over US for ‘Public Safety’ 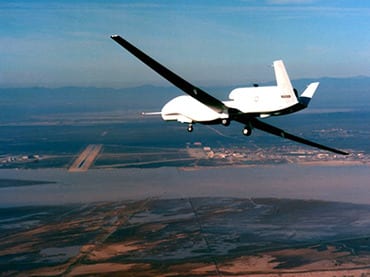 The US Department of Homeland Security is asking the makers of small unmanned aerial vehicles to submit their crafts for consideration as the agency ramps up the construction of a full-fledged surveillance state across America. The DHS plans to soon conduct drone tests over the Fort Sill, Oklahoma US Army base, and they’re already soliciting spy planes from the private sector so they can select what kind of UAV to use.

According to a request for information published on the Federal Business Opportunities website recently, the DHS is determined to begin drone tests over the military base soon and is seeking submissions from drone makers that don’t mind making a few bucks by having their products put into the US airspace to conduct sweeping surveillance.

The Borders and Maritime Security Division of the DHS “will conduct flight testing and evaluation of airborne sensors and small unmanned aerial systems,” the request reads, and now invites vendors to submit drones to be tested “under a wide variety of simulated but realistic and relevant real-world operation scenarios.”

The solicitation says that drones will be evaluated to see how well they perform law enforcement operations and conduct search and rescue missions, but once a craft is handed over to the DHS then the details will be put under lock and key. Specifically, the call for work says, “the information within each test report will be classified as For Official Use Only, and will not be shared with the general public.”

Given that the department has already addressed the issue of acquiring drones to give the DHS a better eye of domestic doings, though, those law enforcement operations in question could very well transcend away from legitimate uses and quickly cause civil liberty concerns from coast-to-coast.

Homeland Security Janet Napolitano told a House Committee panel in July that the DHS was “looking at drones that could be utilized to give us situational awareness in a large public safety [matter] or disaster” and the next piece of the puzzle is already being put into place. With their latest solicitation, the DHS acknowledges that it is specifically testing a “Robotic Aircraft For Public Safety,” but the components necessary to be considered suggest that any drone adopted by the agency will be brought in for sweeping surveillance.

The solicitation request requires that all drones be equipped with Electro-Optical/Infra-Red sensors, as well as the technology to sniff out certain chemicals from thousands of feet from above. The UAV must also have an integrated laser designator, can be hand-launched by a single person and must be able to be remotely managed by a pilot with only one day of training.

The Federal Aviation Administration is working towards putting the finishing touches on rules and regulations for widespread domestic drone use, and the agency expects as many as 30,000 UAVs will be in America’s airspace by the decade’s end.