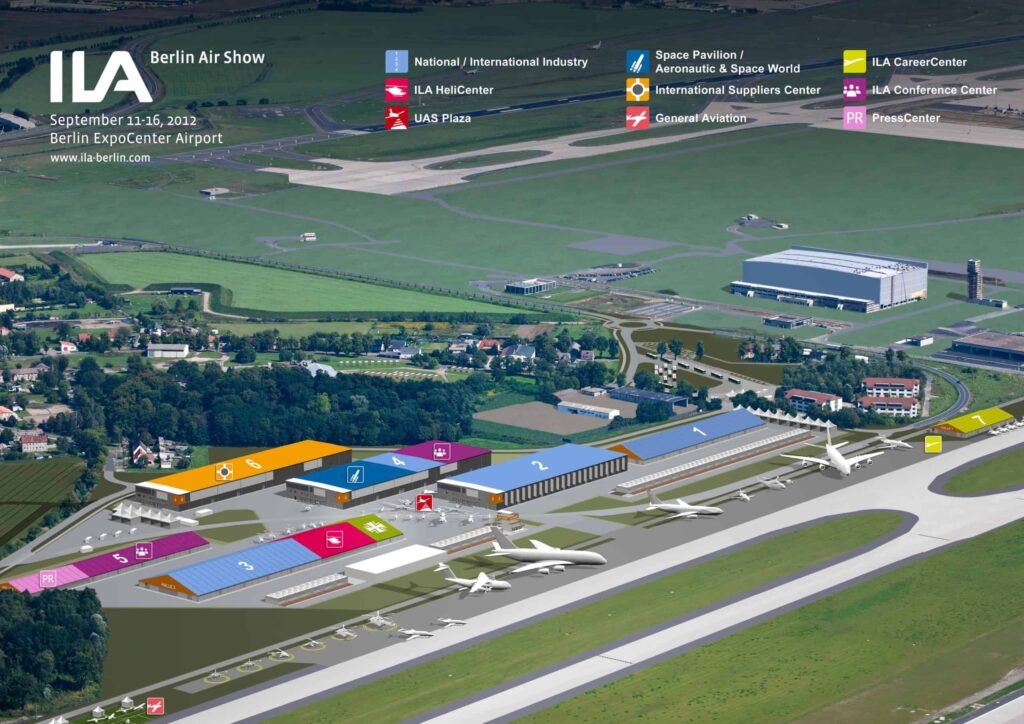 A new section at the International Air Show ILA 2012 reflects current global developments in civil and military aviation. From 11 to 16 September, for the first time, exhibitors at the new UAS Plaza will display a wide range of unmanned aircraft systems. This area concentrating UAS exhibits is on the outdoor display site of the new ILA grounds at Berlin ExpoCenter Airport between Halls 2 and 3.

Incorporating unmanned aircraft systems into German Aviation Law has prepared the ground for laying down firm UAS acceptance criteria, enabling their use in controlled airspace and in numerous civilian areas, i.e. public safety, civil protection, farming, geo-surveys, to name but a few examples.

In order to provide experts at ILA 2012 with a concentrated overview of the market well known UAS manufacturers such as Cassidian, Rheinmetall Airborne Systems and Northrop Grumman will display their products at the UAS Plaza or on their company stands. These include the EuroHawk, European UAV, Heron 1 and Heron TP, Barracuda and Predator. The Bundeswehr will show the ALADIN, KZO and LUNA unmanned aircraft systems on its display area.

By addressing key themes such as Defence and Security and Research and Technology the ILA is the ideal platform for presenting unmanned aircraft systems, the technology which they use and their range of capabilities. Be they large or small systems for military or civil applications, whether they employ rotors or fixed wings, the ILA brings developers and manufacturers into contact with all the relevant target audiences. Over 80 exhibitors will be represented in the UAS section.

A UAS Pavilion in Hall 3 will host around sixteen exhibitors with a display of smaller systems. The products on display here are from start-ups from Denmark, Italy and Spain, among others. German universities and research institutes will reveal the findings of their research work.

Accompanying the UAS display will be a comprehensive conference programme, where the focus is on UAS manufacturers, payload suppliers and service providers as well as everything to do with training and simulation. High-profile international speakers have been invited to attend the opening event of the UAS Day on 12 September, where they will deliver papers on the current and future uses of unmanned aircraft systems in civil and military aviation.

During the ILA the interest groups UAV DACH (Unmanned Aerial Vehicle Deutschland, Austria, Confoederatio Helvetica) and AFCEA (Armed Forces Communication and Electronics Association) will hold a conference on UAS applications and deployment. On 14 Sept. 2012 two international UAS workshops will take place at which UAS manufacturers will talk about their many capabilities and at which international research institutes will report on their research work and innovations.

Stay up to date with the latest ILA exhibitor press releases and news announcements on our dedicated ILA news page. For more information about the show click here.