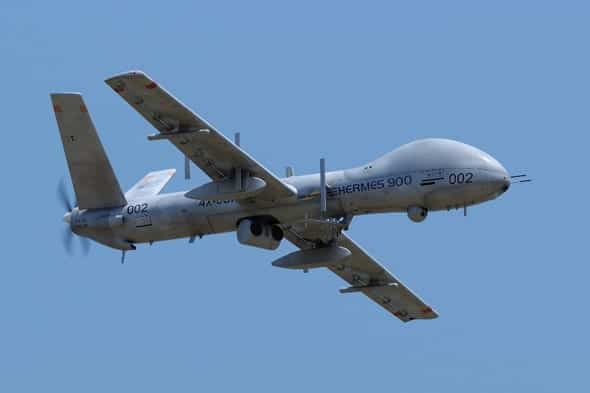 Elbit Systems Ltd announced today that it was awarded a contract valued at many tens of millions of dollars, to supply a Latin American customer with a mixed fleet of Hermes 900 and Hermes 450 Unmanned Aircraft Systems (UAS). The contract will be performed over the next two years.

Elad Aharonson, Elbit Systems UAS Division General Manager commented: “We are proud of the customer’s decision to acquire a combined array of Hermes 450 and Hermes 900, joining several other Hermes 900 customers, including the Israeli Defense Forces.”. Aharonson added: “Hermes 900 is well positioned as a world-leading UAS, suitable for a wide variety of missions, from intelligence gathering, to perimeter and security missions. The unique capability of joint operation with the Hermes 450 offers seamless integration for existing users, further enhancing operational flexibility and cost effectiveness and eliminating the need for additional infrastructure or special training programs”.