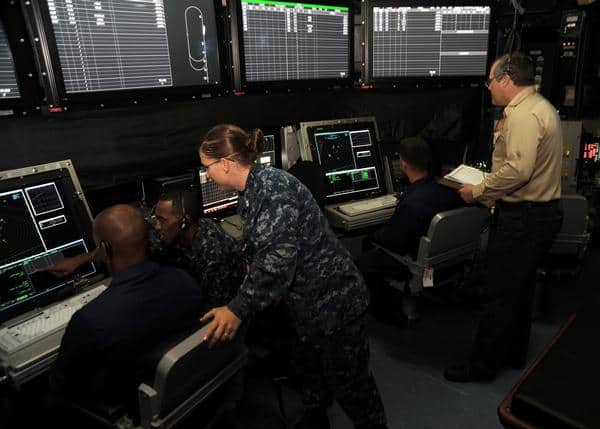 The Navy is one year away from landing its first unmanned jet aircraft aboard a carrier after completing the most recent round of surrogate tests aboard USS Harry S. Truman (CVN 75).

In early July, members from the Unmanned Combat Air System Demonstration (UCAS-D) carrier integration team engaged in extensive software testing aboard Truman to validate the concept of autonomous UAV operations around an aircraft carrier and prepare for the X-47B unmanned aircraft’s arrival on a carrier next year.

“Demonstrating our concept of operations and making sure the carrier segment is performing as advertised is a huge milestone for the program,” said Capt. Jaime Engdahl, Navy UCAS program manager. “The crew, equipment, and program team performed exceptionally well during all planned test events and the Harry S Truman is ready for our next phase of X-47B testing.”

Last year, the team conducted surrogate testing aboard USS Dwight D. Eisenhower (CVN 69) with a manned F/A-18 to evaluate ship systems, avionics systems and early versions of the unmanned vehicle software. The team is now back at sea aboard Truman with the F/A-18 aircraft, testing precision landing performance with the latest X-47B software and hardware configuration.

“The purpose of the UCAS-D carrier integration effort is to mature precision carrier-landing technologies for unmanned systems and digitize the communications and navigation information flow,” Engdahl said. “Since the X-47B is unmanned, the aircraft operates using digital messages from the mission operator and shipboard controllers, rather than through verbal instructions. The carrier requires modification for unmanned flight operations, and the integration effort performs these in a way that minimally affects existing hardware, training and procedures.”

During at-sea testing, the Navy UCAS team gathered valuable feedback from fleet air-traffic controllers and air-department personnel about the usability of the new software and lessons learned about how to most effectively operate UAVs in the carrier environment.

“The new software used during these tests is more comprehensive than earlier versions,” said Cmdr. Jeff Dodge, Navy UCAS carrier integration team co-lead. “There have been significant changes made to the user interface and navigation systems. Data compiled during surrogate flights allows us to determine the effectiveness of the new software and how it supports the carrier environment.”

Throughout the remainder of 2012, the Navy UCAS program will conduct carrier suitability and system performance testing with both X-47B aircraft at Pax River. These tests will include arrested landings, catapult launches, and flight deck operations at the land-based facility and establish the aircraft’s ability to conduct precision approaches to the aircraft carrier.