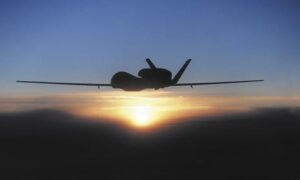 “BACN is making a tremendous difference for our warfighters. These awards are evidence of that invaluable support and the exceptional performance of the BACN program office,” said Claude Hashem, vice president of network communications systems for Northrop Grumman Information Systems.

BACN was first deployed to support Operation Enduring Freedom in 2008.

Northrop Grumman is the prime contractor for the EQ-4B Global Hawk aircraft and the development, fielding and maintenance of the BACN system. The company was awarded the first BACN contract in April 2005 by the Air Force Electronic Systems Center, Hanscom Air Force Base, Mass.