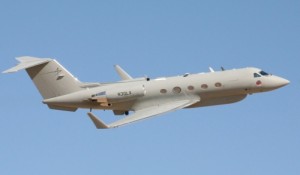 An innovative Airborne Multi-Intelligence Laboratory (AML) developed by Lockheed Martin (NYSE: LMT) for intelligence, surveillance and reconnaissance (ISR) is now being used by the Italian Air Force in a live operational environment. Lockheed Martin signed a use agreement with the Italian Ministry of Defence (MoD) to provide the AML aircraft, three ground intelligence processing systems as well as flight crew and maintenance personnel for the plane. This agreement is for one year, with an option to extend to two years.

The AML is a Gulfstream III business jet that Lockheed Martin transformed into a flying test bed to expedite the testing and fielding of C4ISR capabilities.

“The AML has proved itself as an exceptional test platform for next generation intelligence sensors,” said Jim Quinn, vice president of C4ISR Systems with Lockheed Martin IS&GS-Defense. “We are excited to be under contract with the Italian Air Force to leverage this experimental ISR system into an operational environment.”

Under the agreement, the Italian Air Force will use the AML, with its full suite of intelligence computing capabilities that include signals intelligence arrays and forward-looking infrared radar (FLIR), in a live operational environment for the next year. With its open architecture and configurable exterior physical structure, the Italian Air Force can integrate additional C4ISR components (software and hardware) in a matter of hours, rather than days. This open architecture design also facilitates the integration of the AML with existing sovereign ground architectures while maintaining interoperability during NATO or coalition engagements.

During the course of the agreement, Lockheed Martin and the Italian Air Force will work together to fine tune the overall system requirements as well as hone the operational implementation concepts. Lockheed Martin’s AML will fly in support of a wide range of missions to include training, concept of operations development and ISR operations. Lockheed Martin will also maintain the aircraft and AML ground stations.