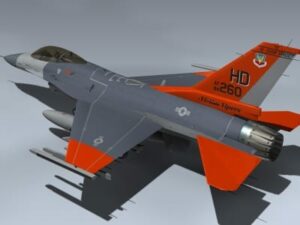 The first test flight of Boeing’s QF-16 Full Scale Aerial Target drone has been conducted with the U.S. Air Force with a human pilot at its controls.

The functional check flight of the F-16, was to validate the aircraft’s performance with the QF-16 drone modification package.

Additional hardware to be installed later will allow the QF-16 to fly unmanned through the use of a ground-based control system.

“With this successful first flight of the QF-16, the Air Force, Boeing and our supplier-partners have laid the groundwork for the program to enter low-rate production in 2013 and make its first production delivery in 2014,” said Torbjorn Sjogren, Boeing vice president, Global Maintenance and Upgrades.

The QF-16 Full Scale Aerial Target, which features manned and unmanned modes, is to evaluate how U.S. combat aircraft and pilots will operate against adversaries. Boeing received the award for initial engineering, manufacturing and development of the aircraft in 2010 and will deliver six to the Air Force by October.

The Air Force has the option to purchase as many as 126 additional QF-16s.

During the testing, the manned aircraft flew 66 minutes at 41,000 feet. Additional details, however, weren’t disclosed.