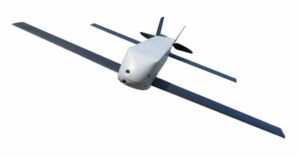 On September 1, 2011 AeroVironment announced that it had received the initial $4.9 million order associated with this contract.

“This Army contract represents another important step toward the broader adoption of Switchblade by the military,” said Roy Minson, AeroVironment senior vice president and general manager of its Unmanned Aircraft Systems business segment. “Providing our forces with the organic ability to defend themselves with pinpoint accuracy and minimal collateral damage, Switchblade delivers a capability unmatched by any other weapon system.”

“We are pleased to support AeroVironment in providing a system that empowers our soldiers to respond to attacks quickly and precisely without causing unnecessary collateral damage,” said Mark Messick, vice president and general manager of Advanced Systems, ATK Aerospace Systems. “With Switchblade, our troops on the ground are safer, more efficient and more effective.”