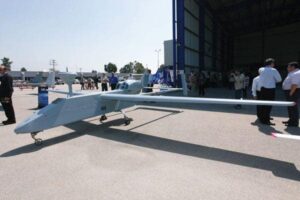 The annual convention of the Association for Unmanned Vehicle Systems International (AUVSI) was held this year, for the first time, in Tel-Aviv, Israel. Experts from Israel Aerospace Industries (IAI) lectured during the convention on innovations and new developments in Unmanned Aerial Systems (UAS), Unmanned Surface Vehicles, advancements in the Registration of UAS with air regulatory authorities, operational use of IAI’s various UAS in Afghanistan and more.