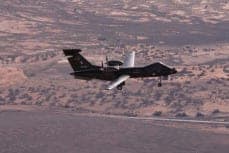 BAE Systems and Dassault Aviation have signed a Memorandum of Understanding (MoU) to collaborate exclusively on the preparation and submission of a joint proposal to the UK and French Ministries of Defence for the design, development, production and support of a Medium Altitude Long Endurance (MALE) Unmanned Aircraft System (UAS).

The MoU will enable the two companies to establish a framework under which they may jointly pursue this long term business opportunity.

This signature follows the United Kingdom and French Governments agreement at the Anglo-French Summit in November 2010 to collaborate on the next generation MALE UAS to meet the requirements of both countries.

Kevin Taylor, Managing Director Military Air & Information at BAE Systems said:  “A successful BAE Systems/Dassault Aviation solution will ensure that the UK and France maintain their status as leading providers of aerospace capability. It will also ensure that both countries get the best return on the investment they have made in state-of-the-art technologies and UASs.  We have a strong team in place that is ready to develop the future frontline UAS capability required by both the UK and France.”

Eric Trappier, Executive Vice President International at Dassault Aviation also commented:  “BAE Systems and Dassault Aviation’s joint experience and proven capabilities, together with an efficient co-operation process, allow us to offer a MALE UAS that will provide the UK and France with a cost-effective intelligent autonomous exploitation system to meet both countries’ military requirements to schedule and within the budgetary constraints under which both governments will operate in future. We look forward to a swift development go-ahead decision from the two governments soon.”