How to Track & Detect Small Targets with Radar

In this article from Cambridge Pixel, Managing Director David Johnson explains how to reliably detect small, hard to see targets of interest with radar, using techniques such as dynamic thresholding.

Small target detection is necessary in coastal waters for performing search and rescue operations or for any situation requiring the detection of hard-to-see targets. Detecting targets in radar video involves separating the signal-of-interest from noise. There are many sources of noise, including clutter originating from land, sea and weather.  The challenge is to reliably detect real target of interest as quickly as possible, without picking out false targets that are really just background clutter such as sea waves or flocks of birds at sea.

Much of tracking is a compromise

If we have a true target in the data, we can define Pd as the probability of detecting that target; this will increase over time as more data is processed and confidence in the target builds up. If there is no true target in the data, we can define Pf as the probability of creating a false target. Clearly we want Pd to be as large as possible, so that it’s possible to identify a new target quickly, and for Pf to be as small as possible so that the likelihood of false alarms is minimised. In practice, we have to strike a balance between Pd and Pf. The requirement for the speediest acquisition of a new target will increase false alarm rates. It may be better to wait longer and build up confidence in the track, but this time delay may prove to be critical.

As it is in all signal processing, the separation of target signal from noise and clutter is the key that allows target signals to be reliably detected. The simplest way to separate data, is to look for the amplitude of the signal. If target signals are reliably stronger than clutter signals, then selecting an amplitude threshold between the level of the signal and the clutter is a simple and effective separating method to adopt. This approach is seen in many situations, but it is also known that the correct threshold to separate signal from clutter is not a constant value across the full radar image. It  must be adjusted to accommodate local values of clutter and target amplitude. This is the basis of dynamic thresholding or constant false alarm rate (CFAR) detection. Observing the local statistics of the signal allows a threshold to be adaptively calculated. Calculations can set the threshold to some level above the ambient background noise, for example. This means that the threshold selection is sensitive to the noise in different areas of the radar coverage – for example if the ambient noise floor decreases with range, then the threshold is automatically lowered to become more sensitive to smaller target signals. In areas of higher clutter, the threshold level is automatically raised to reduce sensitivity. This adaptive process occurs in real-time, meaning that different areas of the radar image are subject to different threshold values. This also works across time, so that changes in the clutter characteristics, for example with weather changes, are automatically adjusted.

One of the characteristics of a signal from a true target, is that it is expected to be persistent across time corresponding to the physical presence of target. In contrast, noise signals, depending on their source, will be uncorrelated. This means that it’s possible to examine the signal in time to look for correlation. Of course, the target could be moving, or for a ship or plane the radar itself may be moving. The relative movement between the potential target and the radar, means that correlation is not a simple spatial one – the target will not be in the same place over time in the radar image. So the processing needs to consider a sequence of detections to evaluate whether the target-like response shows consistency compatible with a true target.  By contrast, signals derived from noise such as sea waves for example, do not present consistent target-like responses over time. Of course random data can appear to have patterns too, so we have to think about what is the right period of time to be processing the data to know that the data returns are from a real target rather than a statistical pattern.

Looking at the portion of a radar image in Figure 1, there appears to be many low-level detections – are these low-level returns noise or is there a signal in there. The processing of this radar is using a low detection threshold means that much of background noise is passing through, along with any target data, so that the threshold image appears in Figure 2. 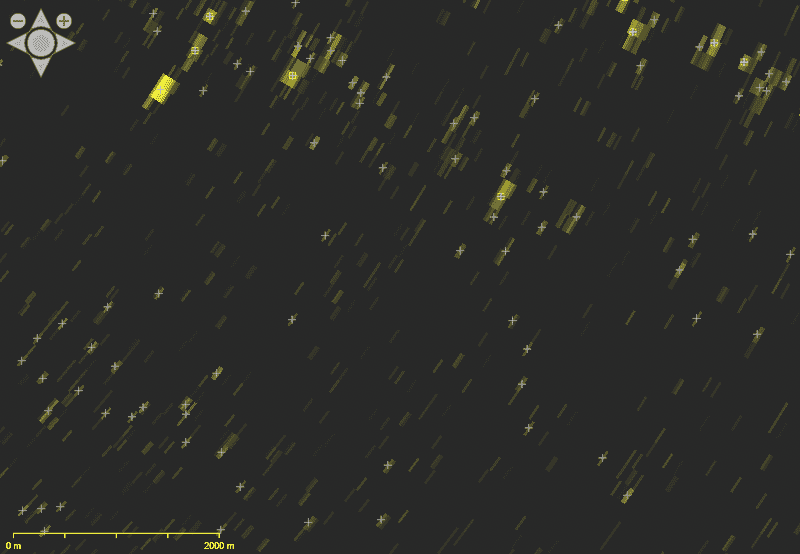 We know that the targets of interest cannot be separated and identified by their relative amplitude and hence by examining a single image of radar video there is no basis for classification. By ensuring that targets-of-interest are passed through the detection (and accepting that means a lot of noise is passed through), it is the correlation over time that will form the basis of the detection. It is then possible to consider each of the detections (identified by a white cross) in the image and check to see if something like that detection occurs in a similar location at the next radar sweep. This monitoring of a similar location helps to understand more about the motion of the target in question. If nothing is seen in the same area when the image refreshes, then it’s possible to conclude that the original detection was probably clutter and therefore reject it. If something is seen in a similar location, it’s safe to propose it may be a target. The change in position of the detection, gives some indication of how that target might be moving (although sensor noise must be taken into account here). Armed with this information, it’s good to check after a third detection if there is something visible in the expected location. In this way the process continues. If after a time, we are reliably able to see something in the expected position of an assumed target, the confidence builds that it is a true target. 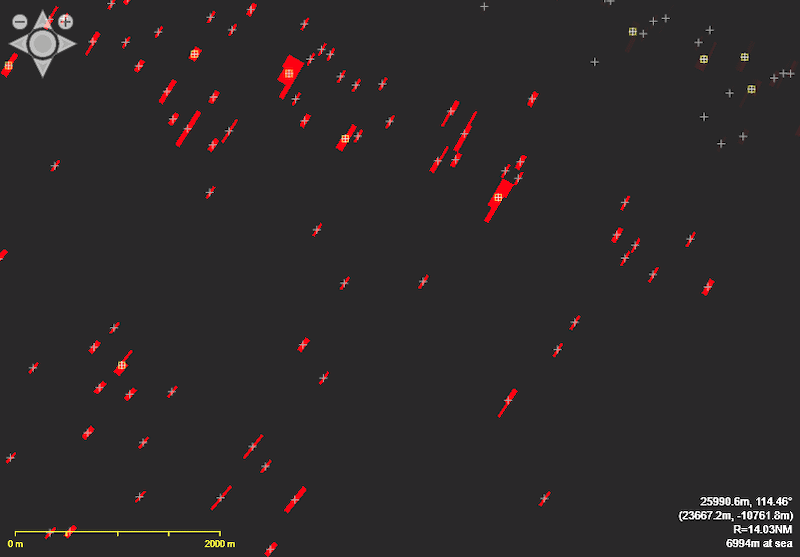 If there is a lot of noise in the radar image and the target we are searching for is small, more time will be needed to build confidence. For the small area being considered in this example, the processing considers many hundreds of detections, and for each of those hypotheses possible target movements. The vast majority of these come to nothing – the target is not subsequently seen where it is expected. Eventually, however out of the noise the position and movement of a true target comes to light – Figure 3. That target could never be identified by examination of a single image of radar video because it is indistinguishable from clutter. It’s the processing of a large volume of data, and looking for correlated changes in position that allow us to detect small or weak targets. 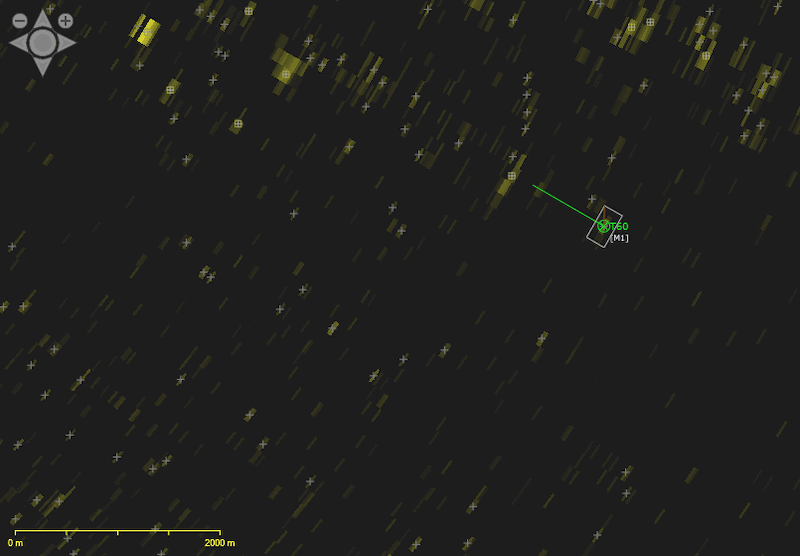 At Cambridge Pixel, we’ve applied target tracking knowledge to building a family of products that range from those that provide target tracking in 2D and 3D to the fusion of data observations from multiple independent sensors into a single stream of correlated reports.