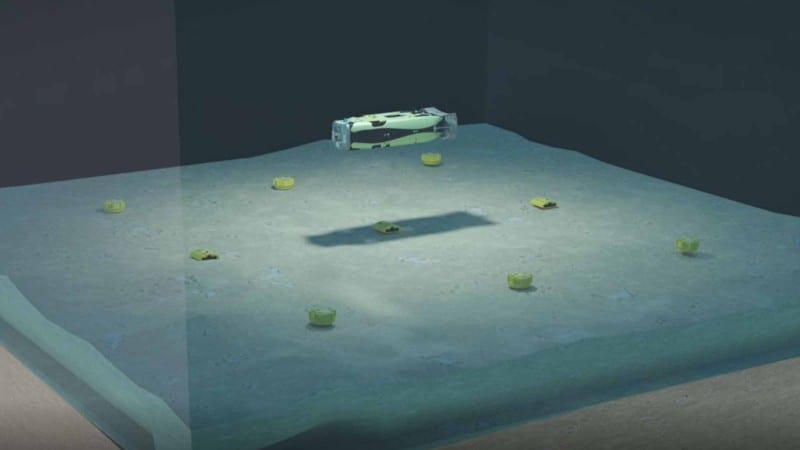 Shell Brasil, in partnership with Petrobras, Sonardyne and Brazilian research institute SENAI CIMATEC are working together to bring a step-change to 4D seismic data gathering in Brazil’s deepwater pre-salt region.

Seismic data is an essential part of offshore field development activity, especially to support proactive reservoir management and production optimization. Techniques for gathering this data have evolved dramatically over the decades; from the use of marine streamers for large exploration seismic campaigns to the now routine use of Remote Operated Vehicles (ROV) to deploy Ocean Bottom Nodes (OBN) for high-resolution imaging of pre-salt reservoirs.

Yet, gathering seismic data for pre-salt reservoir imaging remains intensive work. It involves large, costly and carbon-emitting crewed vessels for deployment and recovery of, typically, thousands of nodes. As an example, for a 10-month campaign over one of Brazil’s giant pre-salt fields, a node handling vessel could emit close to 10,000 tons of CO₂. Costly and complex operations can mean a reduction in frequency of surveys, including of those done to gather what’s called time lapse or 4D seismic data, which is required to monitor the pre-salt reservoirs.

Shell and Petrobras came to us believing that there could be a lower-cost, more sustainable, way of acquiring 4D seismic data, as well as other parameters such as seafloor subsidence, to help better monitor reservoirs. They also saw this could be done with a lower environmental footprint and while keeping more people safe.

At its core is an On-Demand Ocean Bottom Node (OD OBN). This semi-permanent seabed system is used for the acquisition of high resolution seismic and seafloor subsidence data.

Like conventional seabed nodes (OBN), each OD OBN contains three geophones and one hydrophone, a data recording system, batteries and a highly accurate clock. The sensors detect pressure waves emitted by an airgun source, usually towed by a ship, as they are reflected upwards towards the seabed from the underlying layers of rock surrounding the reservoir.

Unlike conventional nodes, these OD OBNs remain on the seabed, down to 3,000 m, gathering seismic data for up to five years. This significantly reduces the cost of repeated ocean bottom seismic campaigns, as the node handling vessel is removed from the operations. It also reduces the impact on the environment and marine ecosystems.

The activation of the nodes, verification of subsidence event alarms, calibration of internal clocks and harvesting of seismic data will be performed using an Autonomous Underwater Vehicle (AUV) called Flatfish developed, in a closely interlinked ANP project, by partners Shell Brasil, Petrobras, SENAI CIMATEC and Saipem.

Flatfish will find each node using Sonardyne’s 6th generation (6G) of acoustic positioning systems. Our acoustics will also support data telemetry with the nodes, for health checks, configuration and acoustic time synchronization. The Flatfish will then hover above each node, in turn. Using an extremely high bandwidth and energy efficient laser-based variant of Sonardyne’s BlueComm optical communications device, it will wirelessly harvest many gigabytes of seismic data in just a few minutes.

This variant uses two rapidly modulated lasers to produce simultaneous bi-directional communications over more than five meters range. It is optimized for peak data transfer performance, with speeds of over 600 megabits per second demonstrated. This makes it excellent for harvesting large amounts of data from seabed nodes.

“Using OD OBN in combination with Flatfish, a 4D seismic campaign in the pre-salt may be executed in a simpler manner, with lower operational cost, lower risk of human exposure and lower environmental impact,” says Jorge Lopez, Manager of Subsurface Technology at Shell Brasil. “On top of this, the nodes also measure seafloor deformation and can continuously monitor for possible subsidence events that may occur during the production of the field.”

In the first phase of the OD OBN project, eight fully functional prototype nodes were built. These comprised of two different concept types and were designed and built by SENAI CIMATEC in Salvador, Bahia together with Sonardyne Brasil.

In 2021, initial tests of seismic data recording were conducted at the Sapinhoá pre-salt field offshore Brazil and interoperability tests between the nodes and the Flatfish AUV were performed in shallow water in Trieste, Italy.

A very intensive laboratory and offshore testing and demonstration program is being conducted over the next 18 months to ensure the OD OBN system meets its operational requirements. This program will increase the maturity of the solution, with tests in pre-salt fields for recording seismic data with the OD OBN prototypes and the communication and data harvesting AUV missions.

In the next phase of the project, starting later in 2022, Shell and Petrobras will sign a new agreement to manufacture 600 nodes and deploy them for three years of reservoir monitoring in a Brazilian pre-salt field.