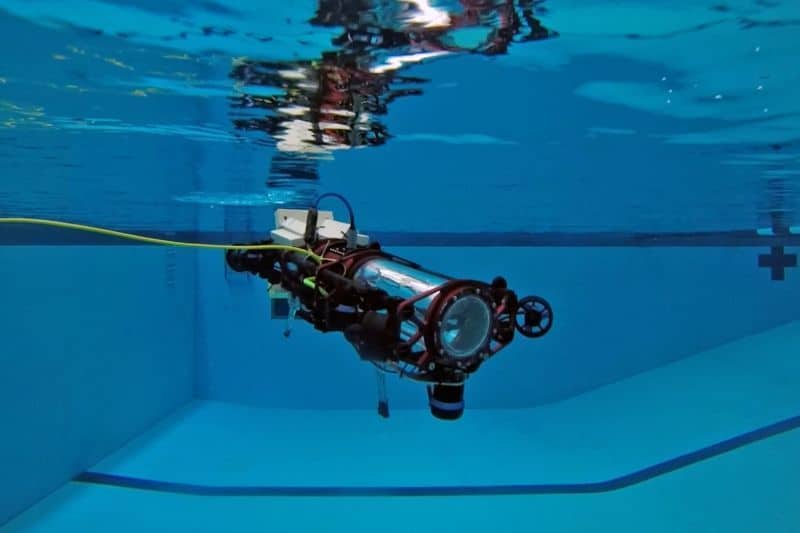 For engineering and computer science students at Carnegie Mellon University (CMU) in Pittsburgh, Pennsylvania, the learning experience extends beyond the usual program of lectures, seminars, and written assignments. At CMU, students have the chance to apply their newly acquired knowledge in real-world product development that uses an array of cutting-edge technologies.

That’s because CMU hosts a successful robotics project in which a team of students develops a marine robot to compete in the prestigious RoboSub competition organized by the RoboNation educational non-profit. The CMU team’s TartanAUV fully autonomous submarine is now in its second generation: the new vehicle is a substantial technical upgrade on the first, which marked CMU’s first entry in the RoboSub competition. 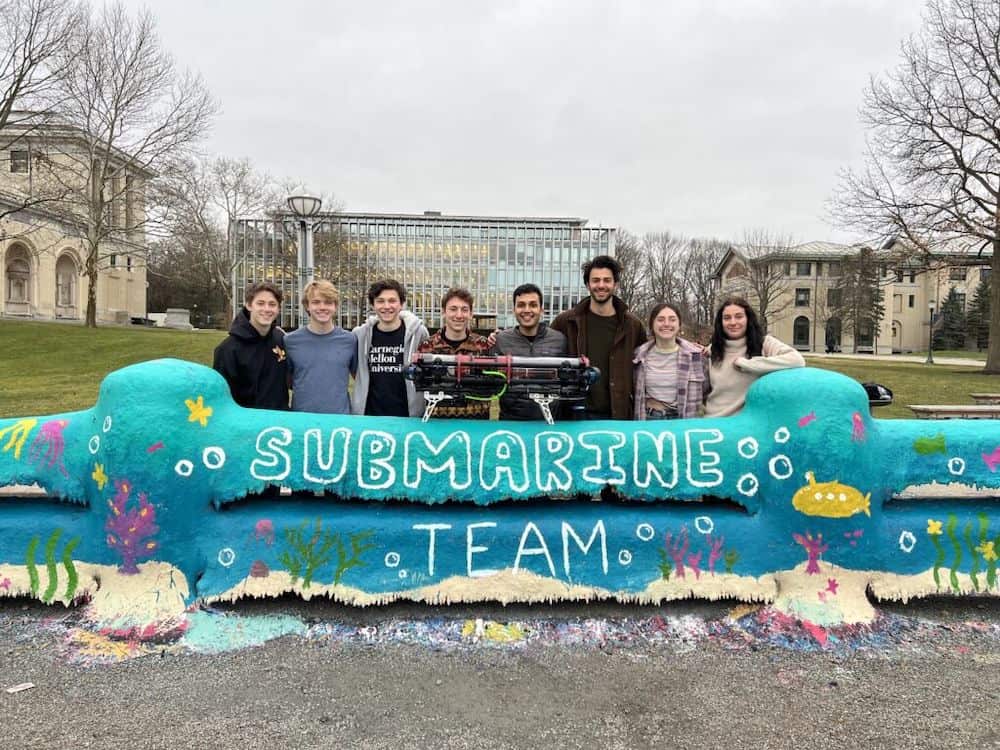 As the students explain below, the competition demands extremely precise, real-time location and orientation information underwater, in 3D. And a crucial element of the upgrade has been the integration of an Xsens MTi-200 Vertical Reference Unit (VRU), which provides accurate, synchronized orientation and heading outputs even in the presence of strong magnetic interference.

The annual RoboSub competition requires student teams to develop an Autonomous Underwater Vehicle (AUV) and then test it on various tasks, which mimic the behaviors required of an AUV operating in the real world. These behaviors have visual, mechanical and logical dimensions. The sub is required to navigate underwater in a large pool of clear water, to identify objects such as gates, to calculate a pathway within and between tasks, and to perform specified maneuvers such as barrel rolls – all within a time limit of 15 minutes. Competition entrants are judged on their sub’s success in completing tasks, and on the style with which it performs them.

Since the sub navigates underwater, it cannot use satellite navigation (GPS) signals to track its location. This means that it must perform dead reckoning, calculating its position in 3D from a known starting point by continuously measuring its velocity, attitude, and heading.

Theodore Chemel, the Engineering Lead of the CMU team, says that analysis of the performance of the first iteration of the TartanAUV sub, named Albatross, identified a substantial opportunity for improvement.

“Albatross dropped points because of the amount of drift in the dead reckoning calculations, causing the sub to deviate from the ideal pathway and slowing the completion of tasks. So a top priority for the new Kingfisher version of TartanAUV was to improve the guidance, navigation and control (GNC) system,” he said. 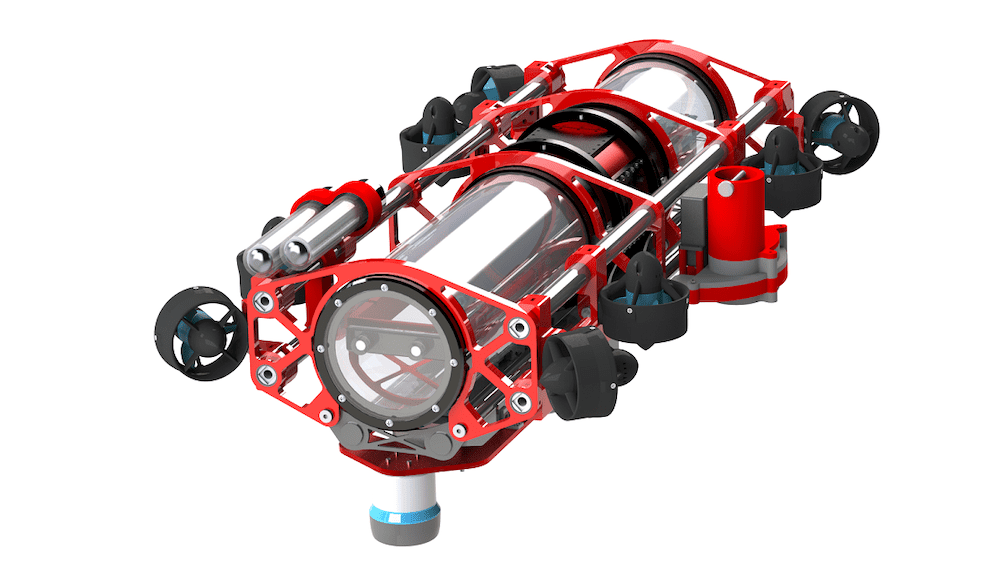 One is the Xsens MTi-200 VRU. Theodore Chemel says that the high level of integration inside the MTi unit was a big attraction for the TartanAUV team.

“The software inside the MTi-200 does an outstanding job of error correction and synchronization of the 3D measurements produced by the unit’s accelerometers, gyroscopes, and magnetometer, so the orientation data output that it produces is extremely accurate. At a maximum 400Hz output data rate, it provides more than enough precision for our needs.”

The other big advantage of the MTi-200 is its high immunity to magnetic interference. RoboSub competitions are normally held in large indoor pools: the Albatross sub competed in a US Navy test tank in a hangar with vast metal gantries overhead. Interference from the mass of steel badly affected the heading measurements provided by the previous position sensor.

There are no such problems with the MTi-200. Theodore Chemel says that, before selecting the MTi-200, the CMU team tested its performance by operating it close to a very large magnet. He says the VRU’s performance was “rock solid. The Xsens Active Heading Stabilization (AHS) feature works really well to filter out interference and give an accurate heading measurement in all environments.”

The second innovation in navigation hardware was to add a Teledyne Pathfinder Doppler Velocity Log (DVL), a type of acoustic sensor which provides extremely accurate measurements of linear velocity. But while this device is accurate, it offers very low resolution: its update rate is only 10Hz. So the CMU team uses the power of the Jetson computer to fuse and synchronize the IMU and DVL outputs: the IMU measurements fill in the gaps between the low-frequency DVL measurements. The MTi-200’s highly accurate clock provides the master timing signal, triggering the DVL to perform time-stamped velocity measurements.

The results of the substantial hardware upgrade in the Kingfisher variant of the TartanAUV are looking promising as the CMU team prepares to compete in the 2022 RoboSub competition (25-31 July, Washington DC). Theodore Chemel says, “The real test of the sub’s performance is when it is in competition and performing the specified tasks, but our testing shows that the GNC system is now performing exactly the way we want it to. Over an 8-minute test run, deviation from the plotted path can hardly be seen by the eye. Thanks to the MTi-200 and the DVL, we are very happy with the way the new TartanAUV performs dead reckoning in 3D.”

It’s not only the navigation system in the TartanAUV which is impressive – the sub draws on the talents of a broad team of mechanical and electrical engineering and computer science students. As they prepare to launch into competition in California, they can already feel proud of the outstanding use to which they have put the MTi-200 VRU.