Drone power tethers allow quadcopters and other multirotor UAVs (unmanned aerial vehicles), as well as aerostats, to be powered from a source that allows them to stay aloft for longer than the flight time provided by their standard onboard battery. This source may be mains electricity, a generator, or larger batteries located on the ground. As the tether locks the drone into a limited area of operations, such systems are usually used for applications where the aircraft only needs to stay in roughly the same spot, such as persistent monitoring or surveillance.

Drone power tethers need to be as light as possible, especially where the cable needs to be long, as the weight must be supported by the drone. The outer coating of the cable may need to survive harsh environments and to not absorb moisture, and is often made of lightweight synthetic materials, with a weatherproof inner jacket. The inside of the cable will typically carry copper wires for power conduction. If the tether is a multipurpose cable that also provides data transfer and communications, it may also carry optical fibers. 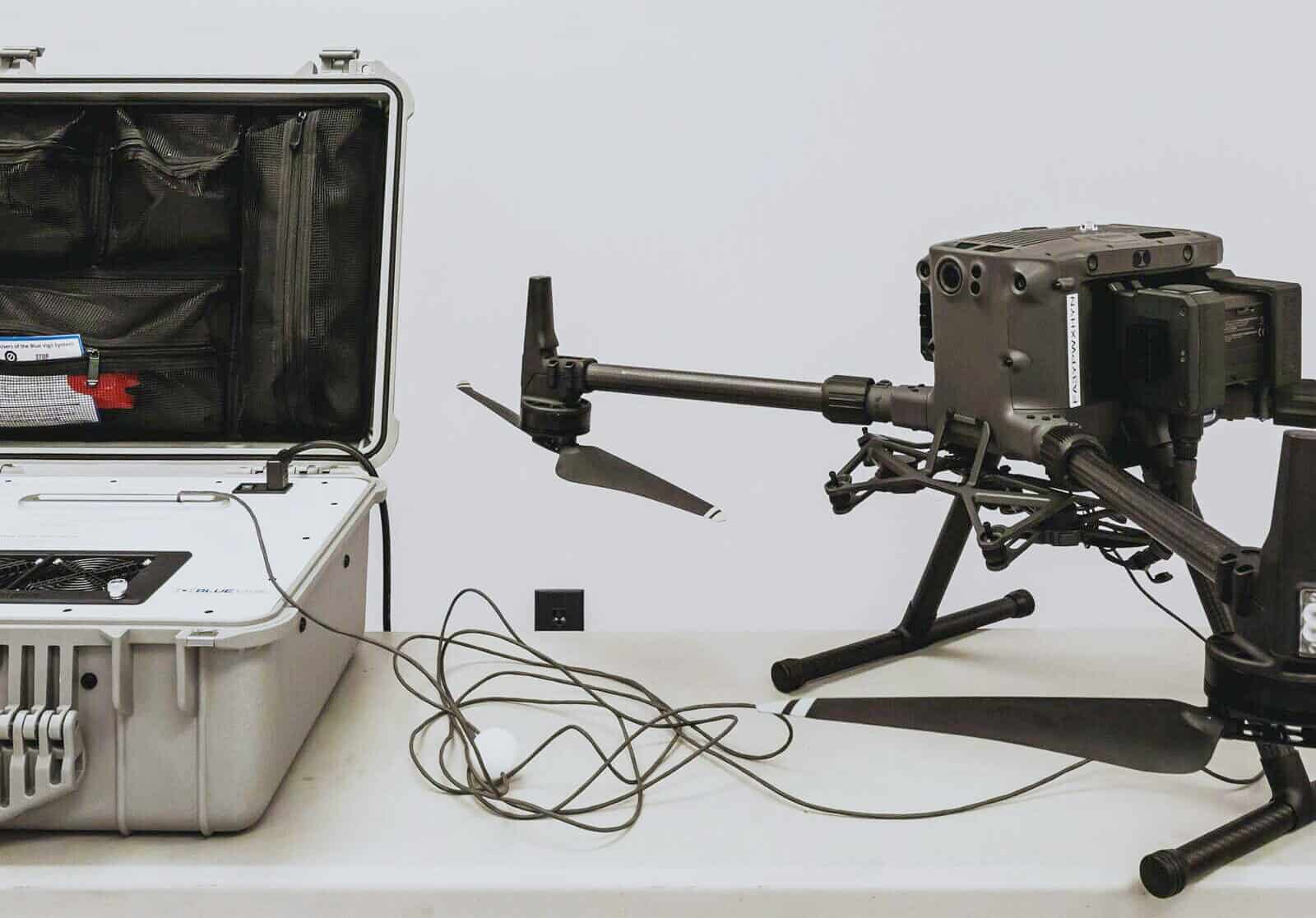 Tethered drone designs may require high-voltage power to be sent up the cable to the drone, as higher voltages travel more efficiently in thinner cables, and thus the weight of the tether can be minimized. In such cases the tether may need to be attached to a power module on the drone which converts the higher voltage to a lower one suitable for use by the drone’s electronics.

UAV power tethers may be used in conjunction with a tether management system, which monitors the forces on the cable due to factors such as wind, and automatically adjusts the slack for optimal performance. Tether management systems are also useful for naval vessel-borne drones and other applications where the relative position of the aircraft and base station is constantly changing. 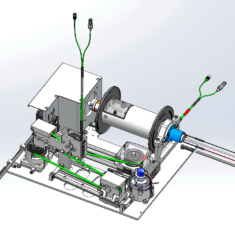 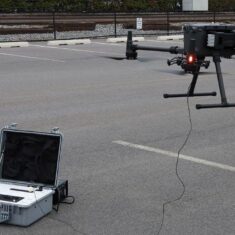