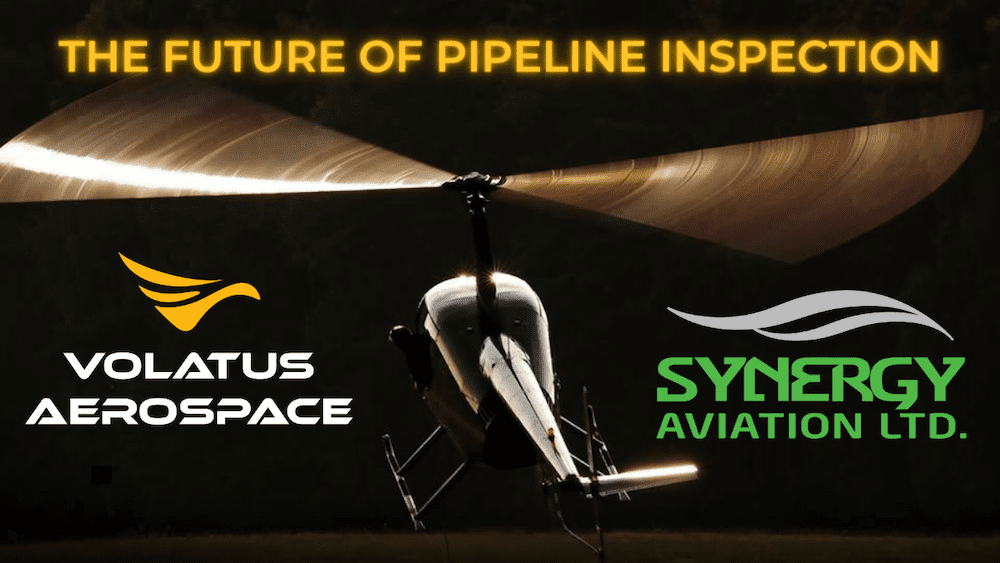 Volatus Aerospace has signed an arm’s length definitive agreement to acquire Synergy Aviation Ltd in the hopes to solidify Volatus’ position providing privileged access to much of the oil and gas industry in Western Canada.

Founded in Alberta in 2014, Synergy Aviation specializes in aerial surveillance, pipeline integrity monitoring, and specialized geomatics, patrolling and inspecting more than 500,000km of pipeline right of way stretching from the coast of British Columbia to the Manitoba/US border.

“There are nearly 5 million kilometers of oil & gas pipeline in North America requiring annual inspections and, in many cases, weekly patrols to meet regulatory and asset management requirements,” said Todd Tkach, President of Synergy Aviation. “Becoming part of Volatus gives us the added geomatics capabilities, market reach, and the opportunity to disrupt traditional methods in this sector.”

Synergy recorded unaudited revenues of $7 million with a 14% EBITDA (Earnings before Interest, tax, depreciation, and amortization) during the first nine months of 2022 and is targeting year end revenues of $9 million. Under the terms of the agreement, Volatus will make an equity investment of $2.29 million in Synergy Aviation over the course of 10 months from closing in exchange for newly issued shares that will represent 51% of all outstanding shares. The investment will be used by Synergy for ongoing expansion activities. The transaction is scheduled to close on October 31st conditional on satisfactory completion of due diligence, approval of the respective Board of Directors, and regulatory approval by the TSX Venture Exchange. Subject to operational and financial metric as defined in the definitive agreement, the Synergy investors will have an option, expiring in December 2024, to sell the remaining 49% equity to Volatus at the same valuation at Closing in exchange of Volatus shares based on 30 days VWAP (volume weighted average price) on date of Closing.

This announcement marks another step in a series of interrelated technology, regulatory, and commercial milestones intended to drive and scale the commercialization of drone technologies. The combination of these events with other Volatus technologies provides large scale opportunities in oil and gas, power distribution, and rail throughout the markets served by Volatus.