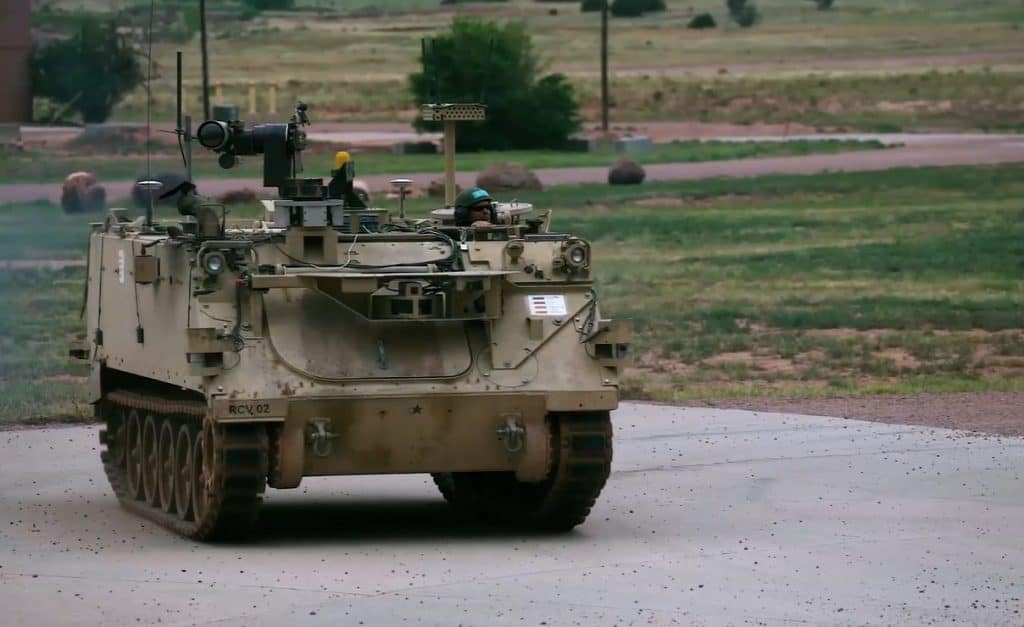 As the OMFV has not yet been developed, Phase I of the program has used a modified Bradley infantry vehicle called the Mission Enabling Technologies-Demonstrator (MET-D) as a surrogate platform, with a modified M113 tracked armored personnel carrier acting as an RCV.

Brian Soles, VP of Government Relations & Business Strategy for Persistent Systems, commented: “We successfully networked the surrogate platforms in a point-to-point fashion with our Wave Relay MANET. That means enabling the cameras, sensors and software as well as the command-and-control interface for control of the RCV and its gun systems.”

“We are really looking forward to Phase III of the Army RCV program, because it’ll be a complex, RF-contested and -congested environment with multiple air, ground, and dismounted units, and that’s where Wave Relay’s scalability, resiliency and spectrum efficiency will shine.”