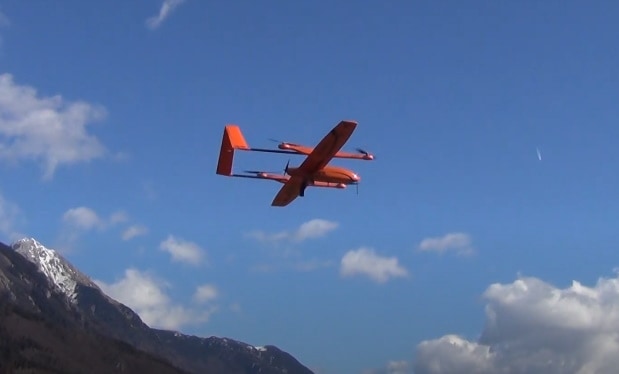 ElevonX has introduced the SkyEye Sierra VTOL, the latest version of the company’s SkyEye modular unmanned aerial vehicle (UAV) solution. Built around one fuselage with a high degree of system modularity, the SkyEye provides more than 15 possible configurations to suit a wide variety of aerial missions.

The SkyEye Sierra VTOL performs high-accuracy vertical takeoff and landing in a compact space, allowing operators to deploy the UAV quickly and easily with no need for a runway or catapult launcher. The long-range, long endurance UAV can perform missions up to 320 km away, with a flight endurance of 3 hours when electrically-powered or 5 hours with a petrol engine.

Featuring a modular payload bay and a carrying capacity of 3kg, the SkyEye Sierra VTOL can be equipped with a variety of sensors allowing it to undertake missions including mapping & surveying, multispectral imaging, and surveillance. The aircraft is equipped with an electric propulsion system for quiet operation, and can be upgraded with a petrol engine if greater flight endurance is required.

The system’s motors are waterproof and dust-resistant, with a special pesticide-resistance coating allowing the UAS to be deployed in agricultural environments. The aircraft also features a multitude of safety systems to ensure reliable operation.

Watch a video of the SkyEye Sierra VTOL UAS in flight below: