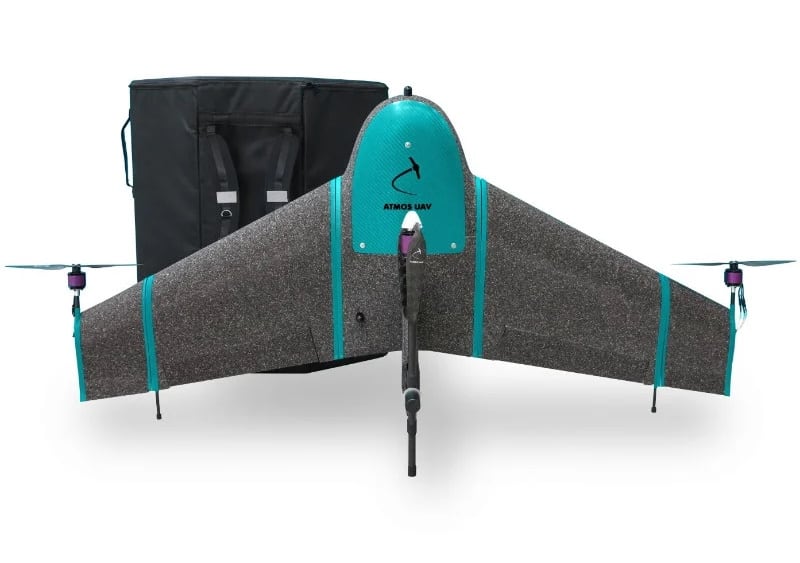 Both quadcopters and fixed-wing drones have particular drawbacks that reduce their effectiveness in surveying and mapping applications. Multirotor drones are generally less efficient in flight and take more time to cover a particular area, while many fixed-wing UAVs require a runway to take off and land. The Marlyn offers the advantages of both platforms, providing highly stable and efficient flight while being able to take off and land in only a small area.

The module provides high-quality attitude, position, velocity, acceleration, magnetic heading and rate-of-turn data. The GNSS receiver features a multiple-constellation configuration which maintains high location accuracy, even during periods of limited GNSS visibility. Advanced proprietary sensor fusion algorithms combine inertial measurements with GNSS data to deliver highly accurate positioning at an output rate of up to 400Hz. Marlyn’s survey outputs and visual/thermal images are tagged with geolocational data accurate to as little as ±10mm. The sensor module’s attitude and heading data outputs are also used to stabilize the drone and its optical imaging system in flight.

To find out more, read the full case study on Xsens’ website.