AUV Communication Nodes to be Developed for Deepwater Monitoring 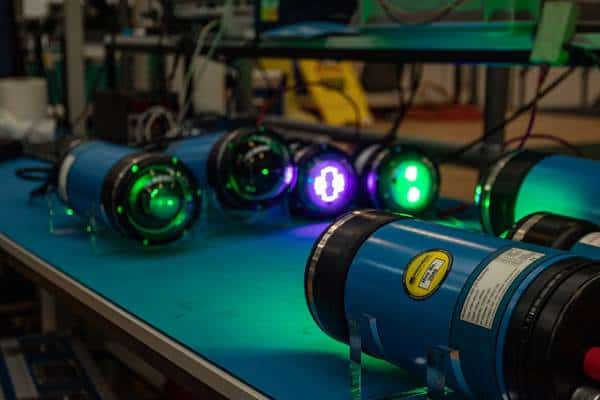 Sonardyne International has announced that it has agreed a partnership with Shell Brasil and Brazilian research institute Senai-Cimatec to develop innovative autonomous technology to make the monitoring of Brazil’s challenging deepwater pre-salt oil fields more efficient.

The new 4D seismic monitoring system, based on so-called On Demand Ocean Bottom Nodes, is being developed under a National Agency of Petroleum, Natural Gas and Biofuels (ANP) promoted programme.

The goal of the project, which Brazilian oil major Petrobras is also a partner in, is to increase the autonomy of ocean bottom nodes, enabling them to be deployed and remain on the seafloor for up to five years, ready to record the seismic and geodetic data on demand. During that period, no interventions, such as connections for data extraction or replacement of batteries, would be required. The nodes would communicate wirelessly with autonomous underwater vehicles (AUV), such as the Shell-funded FlatFish AUV. These capabilities will help to generate operational efficiencies and eliminate the various existing difficulties in deploying current 4D seismic monitoring technology, which is vital to the development and production optimization of oil and gas fields. The new technology will also allow the reduction of both costs and operational safety risks.

“This is a very promising project, fully aligned with the new reality of the oil and gas industry, which seeks to use new technologies to ensure a safer, more efficient operation that has less impact on the environment. For Shell, Brazil is an important centre for attracting partners and technological development, and we are sure that the partnership with Sonardyne and Senai will be very successful,” said Jorge Lopez, Shell Research and Development Advisor in Brazil.

Shaun Dunn, Global Business Manager, Exploration and Surveillance, Sonardyne, commented: “We are delighted to be working with Shell Brasil and Senai Cimatec to create this exciting new technology for offshore reservoir surveillance. The project will use our significant expertise in the design of long-endurance battery-powered subsea instrumentation, as well as our wireless through-water acoustic and optical communications technologies. Leveraging these will help to create a unique capability that will greatly enhance the cost effectiveness of on-demand seismic surveys and continuous seafloor deformation monitoring offshore Brazil.”

The project is divided into three main phases: development, including design and initial testing of the new node, including communication with the underwater vehicle; manufacturing of a pilot scale system; and deployment of the pilot system for three years in a pre-salt field.

Petrobras will provide technical advice, aid selection of a pre-salt field for a pilot deployment and support integration of the seismic data into the field’s reservoir management programme.