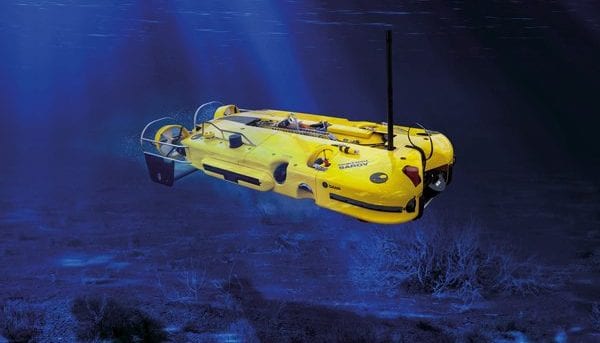 Sonardyne International Ltd., an underwater positioning and navigation specialist, has announced that it has launched a new software platform that brings reduction in complexity and overheads for offshore operations such as those performed with autonomous underwater vehicles (AUVs) and remotely operated vehicles (ROVs). Sonardyne’s Fusion 2 Long BaseLine (LBL) and Inertial Navigation System (INS) software has been written from the ground up to offer marine survey contractors and offshore construction companies a single solution from which they can undertake field development projects quickly and easily.

The integrated acoustic and inertial positioning platform builds on Sonardyne’s four decades’ experience as a developer of precision LBL acoustics, its expertise in inertial and Doppler guidance, and its sensor integration capabilities to reduce system complexity, streamline workflows and increase productivity.

With Fusion 2, the separate software applications, vessel-fit hardware and often complex communication interfaces that have been typically required to support LBL, acoustically-aided INS and Sparse LBL operations, have been replaced with a single, unified solution that is easier and faster to set up and run. One of the benefits of the new software is the ability to undertake the real-time SLAM (simultaneous localisation and mapping) calibration of a sparse LBL transponder array while you survey – until now a lengthy offline post-processing activity.

Significantly reducing survey time is central to another key innovation that arrives with Fusion 2. Sonardyne has re-engineered the digital signal processing protocols used by Fusion 2 to command and control seabed arrays of its Compatt LBL transponders and vehicle-mounted ROVNav transceivers to Wideband 3. Wideband 3 allows, for the first time, sensor data (e.g. pressure, depth and temperature) from a Compatt to be to be embedded with navigation (ranging) telemetry data. This will have a big impact on operations such as structure installation, accelerating update rates by a factor of 10 and eliminating issues operators currently face with latency.

To benefit from Wideband 3, Sonardyne has advanced its sixth-generation subsea hardware platform, with Compatt 6 and ROVNav 6 instruments now designated as ‘plus’ units, supplied as standard. To protect customers’ investments, these are backwardly compatible with existing inventories of Compatt 6s, which can also be upgraded to realise the potential of Fusion 2.

“Today’s release of Fusion 2 marks the culmination of years of engineering development work that builds on the achievements of our original Fusion platform by creating, for the first time, a single system surveyors can use for LBL aided INS operations and with more functionality and capability than they’ve had before. We’re making set up easier and faster, including the ability to do system configuration before mobilisation. We’ve built in the ability to do real-time SLAM calibration and, with our Wideband 3 latest generation signal processing, 1Hz LBL update rates, which include sensor readings. Fusion 2 is also incredibly intuitive to use with a powerful customisable user interface and flexible operating environment, letting surveyors work how they want and see the information they want, when they want,” said Edward Moller, Global Business Manager, Construction Survey, Sonardyne.

Fusion 2 is being rolled out in two releases. The Fusion 2 INS pack, now available, delivers LBL aided operations using Sonardyne’s SPRINT INS technology. The second release, due in Q2 2019, will deliver the full acoustic LBL package. The Fusion 2 system works through Sonardyne’s Navigation Sensor Hub (NSH), which also supports the company’s Ranger 2 USBL system, so users will need fewer systems in their inventory and onboard their vessels.