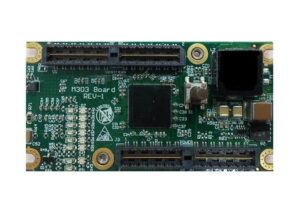 MilSource, the exclusive U.S.-based distributor for Techaya’s military-grade and rugged Ethernet solutions, has announced what it claims is the industry’s first rugged USB 3.1 Smart hub and charging platform in a board-level solution. It allows for connectivity and communication between multiple USB-connected devices in fixed-wing or rotary unmanned aircraft and other harsh operational environments. The small form factor MILTECH 300 HoB has five USB 3.1 ports, one gigabit Ethernet port and a dedicated IO port.

In addition to offering Super Speed compatible USB connectivity, the MILTECH 300 HoB can power and charge USB devices with consistent power of 5 VDC per port while accepting a a wide voltage range of 12-28VDC and up to 2A downstream power. It supports multiple popular battery charging profiles including DCP, CDP, SDP and custom profiles via SMBus or OT. An internal Ethernet interface allows the USB host machine to communicate with upstream devices over a standard wired and wireless Ethernet network which extends the flexibility of the hub and attached USB devices.

“Last year, Techaya introduced the MILTECH 300, a MIL STD USB 3.1 HUB that connects and powers USB 3.1 devices in military applications.” said Ronen Isaac, general manager of MilSource. “The MILTECH 300 HoB now offers an affordable alternative for applications and environments that are either more tightly space-constricted or who have their own chassis-based solution in a hardened enclosure.”

The rugged MILTECH 300 HoB is conformally coated to stand up against debris and vibration and meets MIL-STD-810F standards when installed in an appropriate enclosure. It measures 73mm x 38mm x 11mm and weighs less than 24.2 grams.