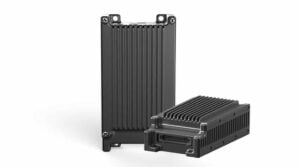 MANETs may include Internet connectivity, but this is not a requirement.

Each node in a MANET is capable of acting as a router, forwarding data on to any other node in the network. Routing in a MANET is dynamic, with algorithms that ensure that full connectivity is maintained and data can reach its intended destination even if a particular node is lost or new nodes join the network. MANETs are thus self-configuring and self-healing, with the ability for nodes to join or leave on the fly at any time. With no single point of failure, data can be re-routed along a different path, making MANETs highly robust. 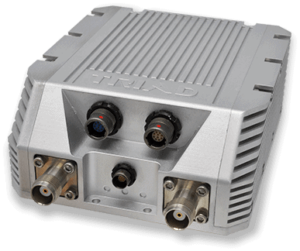 Due to their versatility, robustness and ease of setup, MANETs are used to provide communications for unmanned vehicles, including UAVs (unmanned aerial vehicles), UGVs (unmanned ground vehicles) and USVs (unmanned surface vessels).

MANET networks can be used to transfer video, images, voice, sensor data and other information, and a MANET can also connect ground control stations as well as other devices such as laptops, tablets and mobile phones. MANETs with transparent IP networking can incorporate any device that has Ethernet connectivity. 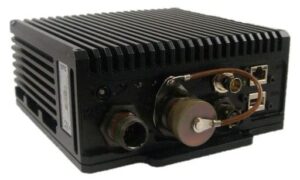 The ability to create a MANET with minimal setup in an area with no existing infrastructure makes mobile ad hoc networks ideal for applications such as disaster response and battlefield use.

Drones and other unmanned systems can work as a team to provide communications, data collection and situational awareness, and if an unmanned vehicle is damaged or destroyed, its tasks and data can be passed on to another member of the network.

Many MANET systems, especially those intended for use in tactical applications, will use advanced RF waveform technologies that allow them to operate under challenging conditions such as heavy interference, jamming, and NLOS (non-line of sight) environments. Tactical MANET radios may include multiple channel bandwidth options to allow users to select the best tradeoff between data rate and communications range, as well as to maximise use of the available radio spectrum in a particular environment. These technologies can help ensure that video and sensor feeds from UAVs and unmanned vehicles, as well as communications with the vehicles, are always available.

MANET communications can also be encrypted, ensuring that vital communications and data remain secure and that the mobile ad hoc network is not vulnerable to attack.