The TARSIS UAS, which has a range of 140 km, was used to identify objectives and provide target acquisition and shot correction support aertec-solutions News By Mike Ball / 21 Dec 2022 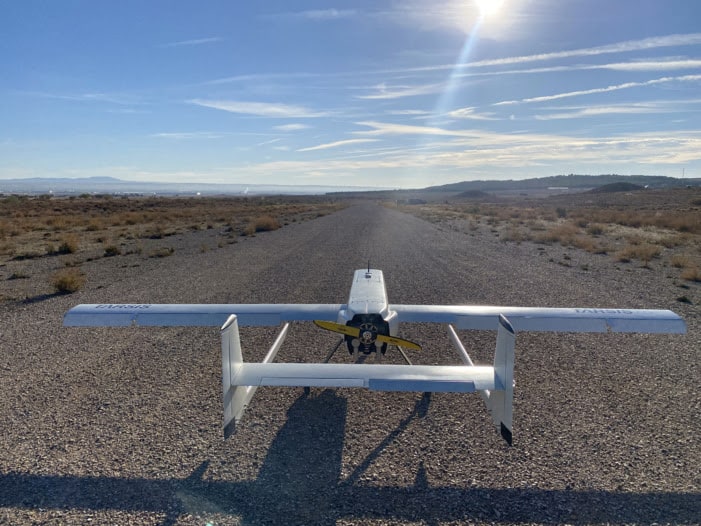 AERTEC has confirmed that its TARSIS UAS (unmanned aerial system) has taken part in the GUILOCHE 22 exercise campaign at the Spanish Army’s San Gregorio Training Centre, providing aerial observation capabilities. During the exercises, the TARSIS UAS were used to identify objectives, provide target acquisition and shot correction support, provide highly accurate coordinates, and transfer all this information to the Command Post via the IRIS/TALOS system, the Artillery Command and Control system into which TARSIS is fully integrated.

The TARSIS system carried out missions lasting over 4.5 hours flying at heights of up to 10,000 feet, covering all the assigned objectives and completing all the flight periods, thus demonstrating its operational maturity and reliability. By participating in this type of campaign, the TARSIS demonstrated the ability to operate in far afield scenarios, providing accurate information in virtually real time, and showcase advanced capabilities for the defence sector in this type of environment.

The TARSIS has a range of up to 140 km and can determine the coordinates of a target to within 5 m at a distance of more than 3 km. It is also one of the few class-I RPAS (remotely piloted aircraft systems). The use of RPAS as an observation and surveillance platform is becoming increasingly necessary to avoid risk to personnel. To do this, these unmanned systems must have a range that allows them to be deployed from positions far away from both their own command posts and the target area. Despite operating at long distances, they must have payloads that can identify objectives from a long distance and at high altitude and determine their coordinates with sufficient accuracy.

The TARSIS is integrated into the Ministry of Defence’s RAPAZ Programme, and has already taken part in several flight campaigns to certify its technological capabilities. Over the course of 2022, it was also used at the Air and Space Force’s UAV School, as well as in various units and commands during NATO’s Rapid Deployment Capacity LIVEX exercises, such as the SOFEX 2022 exercise, led by the Joint Special Operations Command.