Powered by a new SLAM engine that lets it create 3D models as it flies, the Elios 3 drone is accompanied by a new version of Flyability’s software for inspectors, Inspector 4.0 flyability News By Phoebe Grinter / 19 May 2022 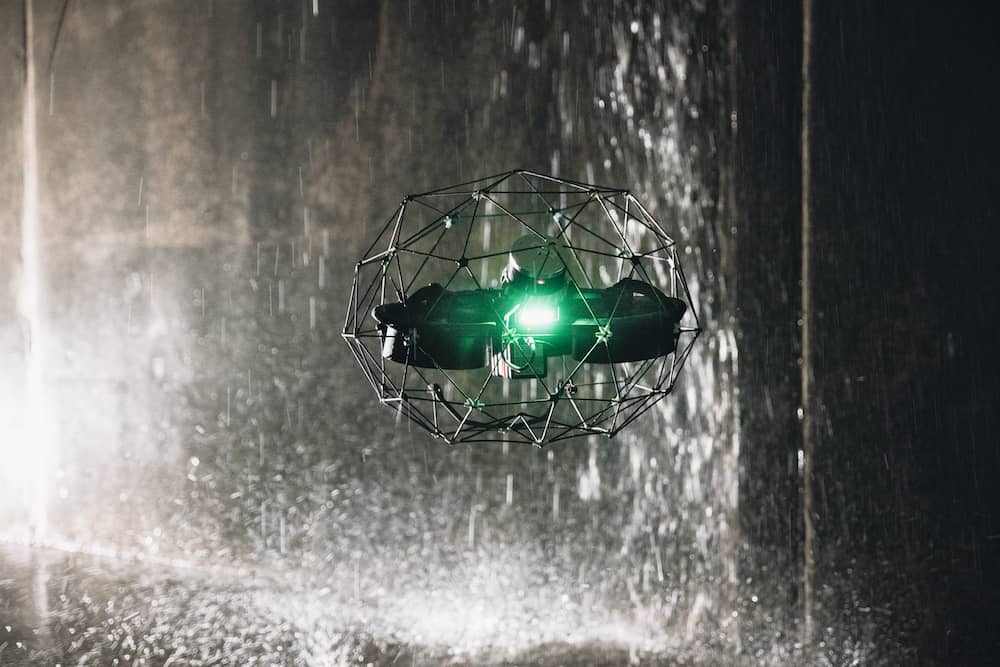 Flyability has unveiled the Elios 3, which the company claims the world’s first collision-tolerant drone equipped with a LiDAR sensor for indoor 3D mapping. Powered by a new SLAM engine called FlyAware that lets it create 3D models as it flies, Elios 3 is accompanied by a new version of Flyability’s software for inspectors, Inspector 4.0.

Elios 3 was designed to address the need companies have for reliable confined-space inspection tools. As industries scale up their use of drones, they need technology that is easy to use, performs the same way every time, and remains stable when working inside highly sensitive assets.

“The Elios 3 has some of the very best stabilization in the world, a modular payload, the ability to create 3D models in real time while in flight, and it paves the way towards an increasingly autonomous future,” said Patrick Thévoz, co-founder and CEO of Flyability. “For industrial inspections, the Elios 3 is a key enabler of Industry 4.0, presenting an inspection solution that can make inspections safer, more efficient, and less expensive than ever before.”

Elios 3 comes with an Ouster OS0-32 LiDAR sensor, allowing inspectors to collect data for the creation of survey-grade 3D models using software from Flyability’s new partner,  GeoSLAM. Mapping areas that are out of reach or too dangerous for humans is very difficult, yet critical to support operational decisions in many industries.

By combining the best of confined space drone data capture and 3D geospatial software technology, Flyability’s partnership with GeoSLAM enables professionals to produce survey-grade point clouds of inaccessible places in their workplace, completely removing the strain of approximations and guesswork from their operations. In addition to carrying a LiDAR sensor, the Elios 3 can accommodate a second payload that allows it to be customized for each individual user’s needs.

Flyability’s new proprietary SLAM engine FlyAware can turn the drone’s LiDAR data into 3D models in real time, while the drone is in flight. FlyAware also gives the Elios 3 groundbreaking stability, combining data from the drone’s three optical cameras and its LiDAR sensor to catch the smallest unpredictable movement and instruct the flight controller to compensate for it. This stability and other ease-of-use features make the Elios 3 easy to operate, so that new pilots can be trained and perform their first inspection in the same day.

Using Flyability’s new Inspector 4.0 software made for reporting with the Elios 3, inspectors can now visualize Points of Interest found during an inspection in a high resolution 3D map using Inspector 4.0’s 3D Map Viewer. This feature lets stakeholders navigate from POI to POI in a digital representation of their assets, providing a clear visualization of the defects found within them to support planning, monitoring, and maintenance efforts.

“The Elios 3 is the single biggest project that Flyability has ever undertaken,” said Adrien Briod, CTO of Flyability. “If you think of the Elios 2 as your classic flip phone, only designed to make phone calls, the Elios 3 is the smartphone. It’s made to be customized for the specific demands of each user, letting you attach the payload you need so you can use the tool as you like, and allowing it to grow and improve over time with new payloads or software solutions.”

Flyability has been working on the Elios 3 for four years. In that time, its engineers have spent thousands of hours on research and development and performed over 200 missions in the field to collect feedback, learn what clients want, and refine the technology in order to make the most reliable indoor drone on the market.

As part of the effort to make the Elios 3, Flyability collaborated with top universities around the world by joining Team Cerberus, which won DARPA’s multi-year Sub-T challenge for autonomous robotics in underground environments.