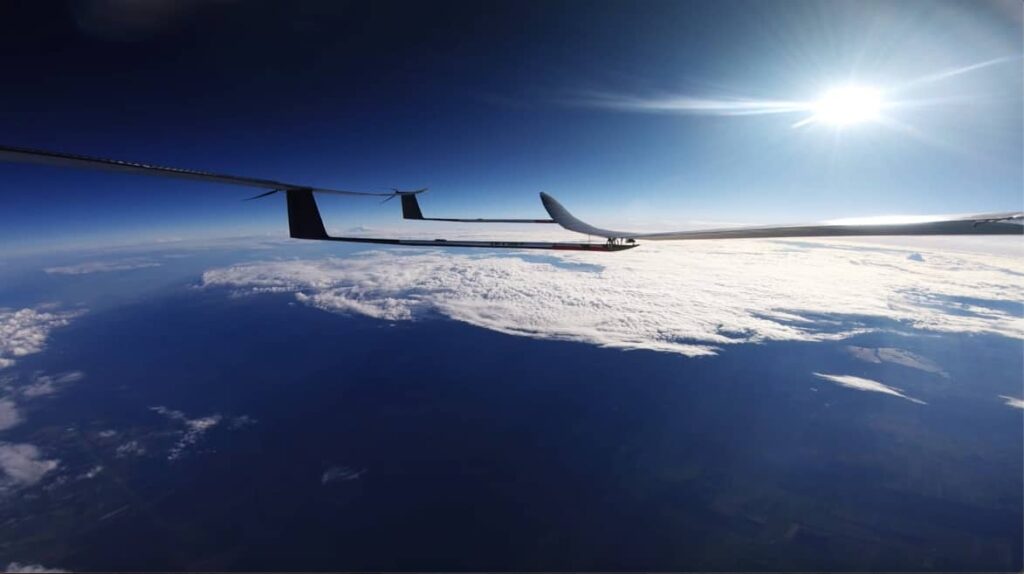 UAVOS has performed further testing of its ApusDuo HAPS (high-altitude platform station) UAV (unmanned aerial vehicle), successfully flying the aircraft at an altitude of 16,500m with a payload of 6 kg. The ApusDuo is a solar-powered aircraft with a wingspan of 28 meters, and is undergoing a battery of preliminary flight tests in preparation for more complex operations.

The latest test series had three main areas of focus. The first was to test the energy balance of the aircraft, which aims to provide day and night stratospheric persistence while operating non-stop for a year at latitudes of 25 degrees, crossing countries such as India, Saudi Arabia, Mexico, and Australia. The two other goals were verification and validation of the aircraft’s systems while operating in the stratosphere with a payload of 6 kg, and confirming aerodynamic stability.

UAVOS has been working on solar aircraft for more than 5 years. During this time, the company’s remotely piloted family of solar-powered aircraft has made high-altitude flights and capability demonstrations. The goal of UAVOS’ stratospheric platform program is the development and demonstration of technology that will enable a new class of aircraft capable of flying at high altitudes and delivering services from the stratosphere.

The ApusDuo unmanned platform can act like a satellite in providing a telecommunications network in remote places as well as Earth observation services over long periods of time without interruption.

Aliaksei Stratsilatau, CEO of UAVOS, commented: “The HAPS ApusDuo has been tested to benefit from improvements in electronics, and solar-electric propulsion technologies. However, there are still some items that will have to happen before ApusDuo will be able to accomplish its intended missions.”

Watch a video of the test flights below: