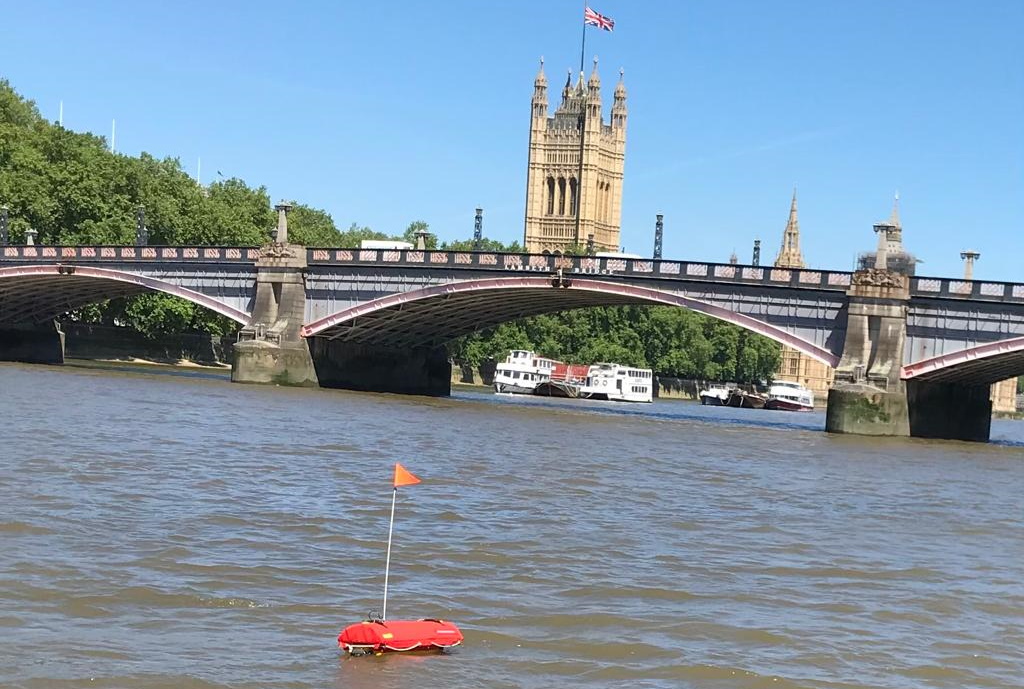 Hydronalix has provided training and demonstrations with its Sonar EMILY USV (unmanned surface vehicle) to various entities responsible for civil safety on the River Thames in London, UK. Sonar EMILY is a small USV that utilizes both side scan and downward-facing sonar to gather high-resolution imagery for the location of drowning victims, submerged vehicles and sunken boats.

Attendees included personnel from a number of different key agencies joining the event throughout the day, including:

Hydronalix’ Beach EMILY variant was also on hand for attendees to get a hands-on feel for the operation of the USV in the very strong spring tide conditions on the day.

The new low-cost disposable ADAPT Drone, designed for humanitarian and rescue response missions, was also on display. The drone can carry 5 pounds for 3 kilometres, and requires no skilled pilot or ground station. Missions are programmed from cell phones or tablets.

The demonstrations generated positive interest in the bridge survey abilities of SONAR EMILY as well as its SAR capabilities. Follow-up meetings, presentations and demonstrations have already been arranged to enable more user-specific experiences to be delivered.