This case study outlines the use of unmanned remote-controlled boats for bridge inspection by the Michigan Department of Transportation (MDOT) during the unprecedented flood event that struck Michigan in May 2020. 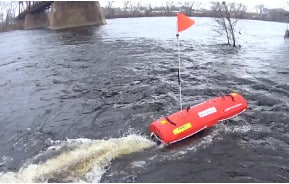 At the flood’s peak, more than 20 state trunkline and local bridges were impacted, resulting in immediate closures to protect the motoring public and more than 10,000 households were evacuated in Midland County over a 24-hour period.

MDOT focused emergency repair efforts on freeways carrying the highest traffic volumes, working to restore mobility to impacted communities as quickly and safely as possible. EMILY played a role in the rapid response.

”Even while water levels were still on the rise in the flooded areas, we were able to get EMILY in the water to determine if scour was getting worse in some locations,” said MDOT Bay Region Bridge Engineer Paul Schiefer. ”After water levels stabilized, we were able to use the system again to confirm again that there were no scour issues that needed to be addressed before opening a bridge to traffic.”

Some flooded structures were so badly damaged, repairs took nearly a year. Through the flood and the aftermath, EMILY helped cut inspection time – and risk.

A leading cause of bridge failure, scour is the erosion of the streambed surrounding bridge abutments due to fast-moving water. After a 2016 study, MDOT has been deploying EMILY units in the field to measure bridge scour and inspect bridges and culverts where access is limited. Results showed that using unmanned surface vehicles to combat bridge scour could be safer, less labor-intensive and, in some cases, less costly than traditional techniques.

A powerful, durable, manoeuvrable water-jet-powered device, EMILY is about 4 1/2 feet long, 2 feet wide and a foot tall. It can be equipped with sonar to allow inspectors to take depth measurements and a topside camera to view the underside of bridges.

“EMILY is a great asset for MDOT,” Schiefer said. ”During the flood response, it allowed us to monitor bridge conditions without putting a diver in a potentially dangerous situation.” 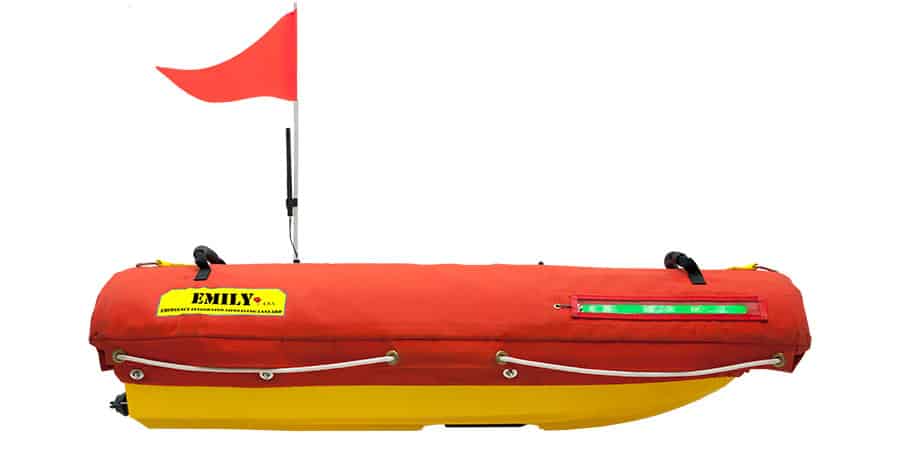 With four units strategically positioned around the state, MDOT is ready to deploy the EMILY system for both extreme high-water events and routine bridge inspections. In addition, the agency plans to use the technology for other applications as appropriate: getting images of bridge substructure below water, viewing the underside of bridges, inspecting hard-to-see culverts, and documenting bridge performance.

MDOT’s drone boat use recently added to The American Society of Civil Engineers (ASCE) list of ”Infrastructure Gamechangers” for 2021.