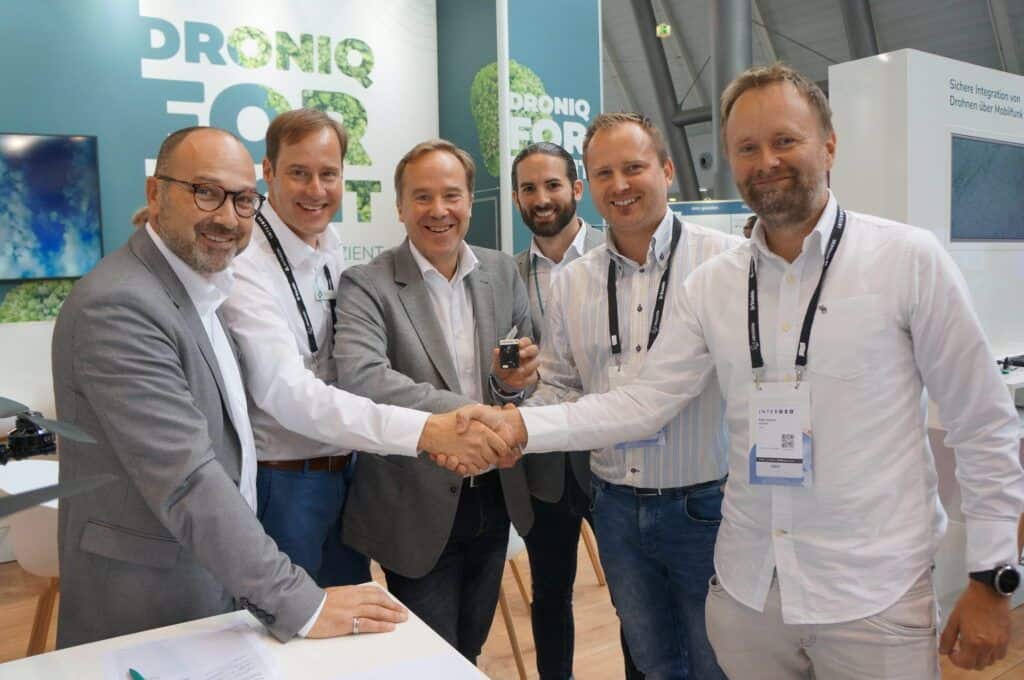 Aerobits has entered into a partnership with Droniq to develop European standards for solutions that are required for the management of unmanned aerial systems (UAS) traffic. Currently, there are no technical standards at the national or European level for unmanned traffic management (UTM) and tracking.

The two companies will be undertaking this project with the aid of Aerobits’ Hook-on-Device (HOD), a special LTE modem that easily attaches to a drone and continuously broadcasts aircraft position over the Deutsche Telekom cellular network to a UTM system developed by Deutsche Flugsicherung (DFS).

The latest iteration of the Aerobits HOD can receive ADS-B (Automatic Dependent Surveillance – Broadcast) messages, and incorporates a FLARM transceiver that sends positional data to other users of the airspace equipped with FLARM receivers, including manned aircraft and helicopters. ADS-B is used by a variety of aircraft operating within uncontrolled airspace, and this technology allows drone operators to receive an accurate picture of all air traffic participants in the vicinity. Manned aircraft using FLARM can automatically receive a cockpit alert when near a UAS equipped with the HOD, even if that aircraft is not using the UTM system.

As part of the partnership, the HOD will be further developed to create new variants. These include solutions with their own dedicated enclosures, as well as OEM versions that can be installed directly on board the aircraft. Miniaturizing the avionics to a size that allows them to be installed on a variety of drones is one of the key steps to integrating UAS into the airspace.

Smallest ADS-­B receivers on the market