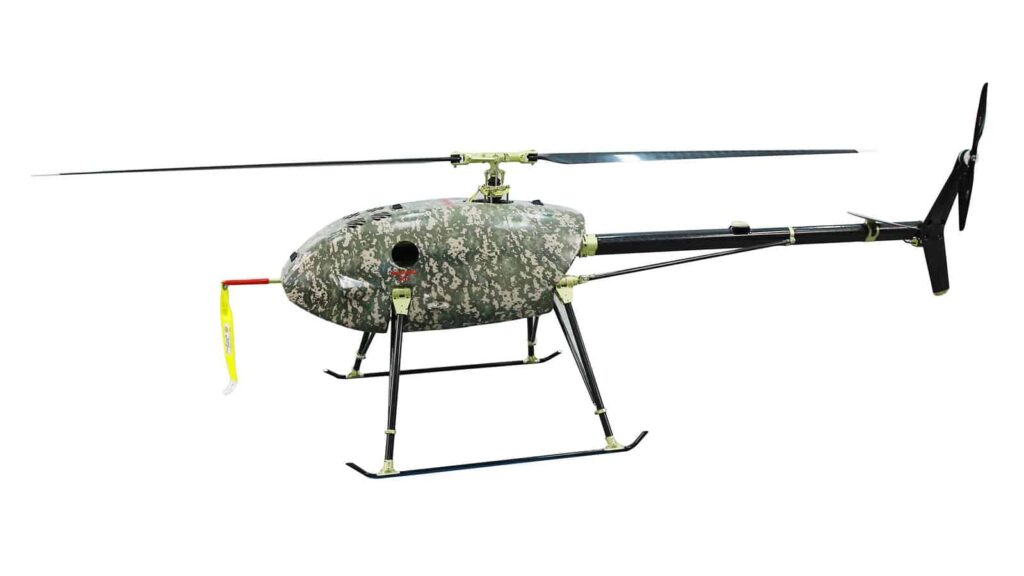 UAVOS has continued the testing of its UVH-170 helicopter UAV (unmanned aerial vehicle) with a successful high-altitude flight conducted at an altitude of 16,400ft (5000m). Powered by a 4-stroke gasoline engine with a specially modified fuel injection system, the unmanned helicopter flew for two hours, achieving a climb rate of 1 m/s while ascending from 13,120ft to 16,400ft (4000m to 5000m). The aircraft carried an 8.8 lb (4kg) payload consisting of a gyro-stabilized two-axis gimbal and integrated radio data link.

The enhanced fuel injection system allowed the practical flight ceiling of the aircraft to be increased significantly. The system can be very precisely tuned according to desired operating conditions, resulting in improved fuel efficiency. The engine also features a state-of-the-art air cooling system that allows the unmanned helicopter to operate in tropical climates, withstanding heat and moisture. The aircraft’s operational temperature range is -31°F to 122°F (-40°C to  +50°C).

The UVH-170 is a multi-payload platform with a rugged design that allows the unmanned helicopter to operate under harsh weather conditions in environments such as mountainous regions. It can withstand gusts of wind greater than 27kts (14mps) while taking off or landing, and can be used for both land-based and maritime missions. With a maximum takeoff weight of 99lb (45kg), and a payload capacity of up to 22lb (10kg), it can fly at a maximum speed of 74mph (120kph).

The UAVOS UVH-170 can utilise an autorotation mode to land safely in emergency situations. The VTOL UAV is equipped with an emergency rescue system and satellite communication data link, which supports Beyond Visual Line of Sight (BVLOS) operation.